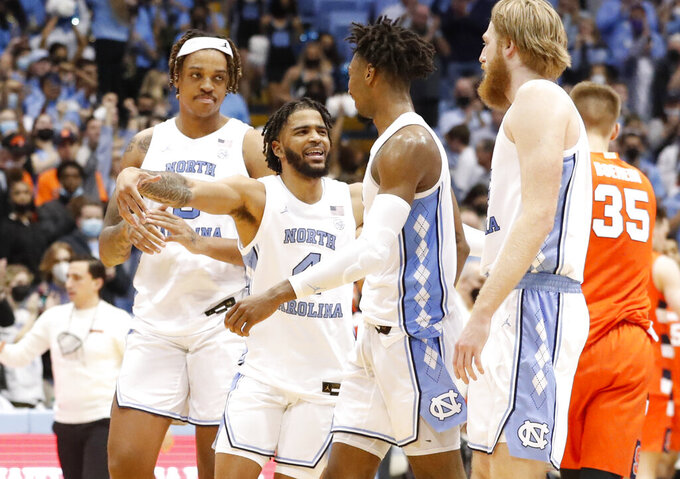 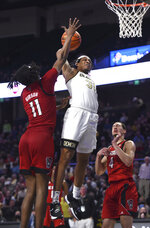 The Blue Devils (26-4, 16-3) clinched at least a share of their first ACC regular-season title since 2010 with Tuesday’s win at Pittsburgh, then secured their first outright title since 2006 with Notre Dame’s loss to Florida State on Wednesday.

The Blue Devils dominated last month’s first meeting with the Tar Heels (22-8, 14-5), who have split their last six games in Cameron.

The league moves north to hold its tournament, returning to New York for the first time since playing the 2017 and 2018 events in Brooklyn. The first-round games begin Tuesday, while the Blue Devils, Tar Heels, Fighting Irish and Miami have clinched a bye into Thursday’s quarterfinals as a top-four seed.

Duke’s Paolo Banchero gets his last chance to make a case for league player of the year now that Wake Forest’s Alondes Williams has concluded his season schedule.

“When we look back at this years from now, he’s going to be the guy that helped change the whole thing,” said second-year coach Steve Forbes, who has guided Wake Forest to its winningest season since 2009.

UNC big man Armando Bacot is third nationally in rebounding (12.7) and double-doubles (23), with the latter figure tying the program’s single-season record. … Virginia Tech (19-11, 11-8) has won nine of 10 to climb back into NCAA Tournament contention. … North Carolina State (11-19, 4-15) has lost nine of 10 entering Saturday’s game at Florida State and is flirting with the program’s first 20-loss season. … KenPom has the league ranked as the sixth-best in the country. … Duke has been the league’s only AP Top 25 team since late November. The league has never finished with fewer than three ranked teams since expanding to 15 teams for the 2013-14 season.

The women have opened play in the ACC Tournament in its traditional home of Greensboro, North Carolina.

No. 3 North Carolina State is the top seed after winning the regular-season race for the first time since 1990. Wes Moore’s Wolfpack will try for the program’s third straight tournament title in a field that includes No. 4 Louisville, No. 16 North Carolina, No. 20 Notre Dame, No. 21 Virginia Tech and No. 25 Georgia Tech.

The Wolfpack beat the Cardinals in last year’s title game on a final-seconds jumper by Raina Perez.