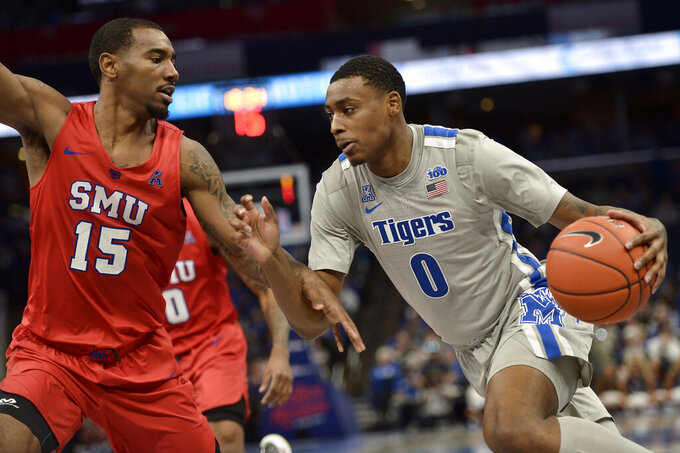 MEMPHIS, Tenn. (AP) — Memphis freshman forward D.J. Jeffries has an injured left knee that will keep him out of action for four to six weeks.

The injury prevented Jeffries from playing Saturday in a 70-63 victory over Connecticut.

Jeffries averages 10.8 points and 4.3 rebounds for the Tigers. He has made 12 starts.

James Wiseman, the nation’s No. 1 prospect in his high school class, played just three games for Memphis before leaving school while in the midst of a 12-game suspension to prepare for the NBA draft. The NCAA handed down the suspension because Memphis coach Penny Hardaway paid Wiseman’s family $11,500 to assist in a move from Nashville to Memphis in the summer of 2017, before the Tigers had hired Hardaway as coach.