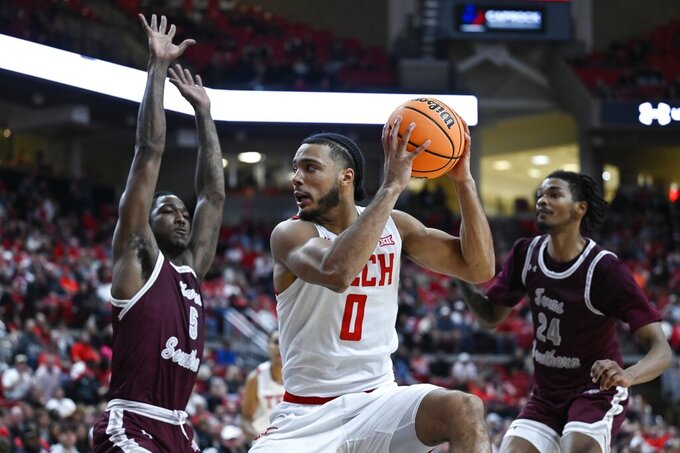 “For all of our younger guys, it’s an adjustment,” Texas Tech head coach Mark Adams said. “They don’t really understand that you can’t just go down to the other end and shoot the ball because the defense will be ready. You have to move the ball. They are a little impatient at times, but they’re getting there.”

Texas Southern (0-2) was led by Zytarius Morlte with 12 points while Davon Barnes added 10.

The Red Raiders made 28 of 60 shots, including 5 of 17 from 3-point range. Texas Tech built a 16-point lead at halftime and slowly pulled away thanks to a strong defensive effort that forced 19 turnovers.

The Tigers outrebounded Texas Tech 41-37 as the Red Raiders had to overcome some early foul trouble.

“One thing, our rebounding, is our biggest issue right now,” Adams said. “I thought our defense was good tonight except that we gave up 14 offensive rebounds. That’s nearly double our goal, and it’s something we will continue to work on.”

With Obanor and Daniel Batcho dealing with first-half foul difficulties, the Red Raiders used a smaller lineup to extend their lead.

“Most definitely, it was nice to see the other guys step up when we had that early foul trouble,” Obanor said. “It’s a testimony for them to the way they were able to pick up where we left off. That’s the depth and confidence we have on this team.”

Texas Tech pushed its lead to 54-35 midway through the second half on a dunk by Harmon. The lead eventually swelled to 32 at 76-44.

The Red Raiders pushed the lead to 34-20 in the final three minutes of the opening half with a 9-2 run.

Texas Southern converted only 4 of 18 from 3-point range and was unable to keep up.

Texas Southern: Will host Arizona State on Sunday as part of the Pac-12/SWAC Legacy Series announced earlier this year.