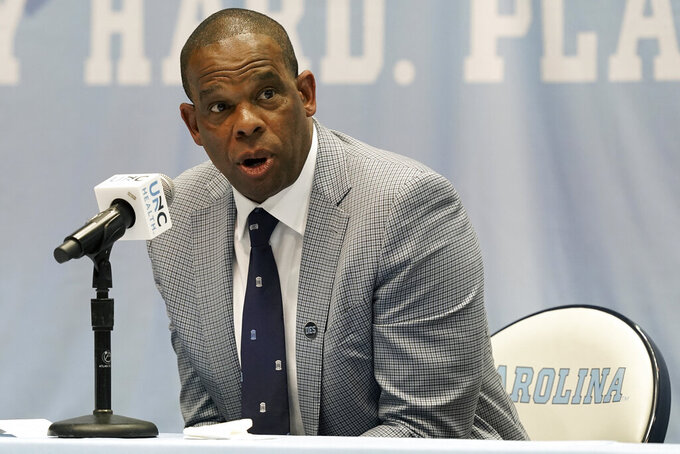 It will mark the first time the Tar Heels' head coach and three primary assistant coaches are all former Tar Heels players. When he was hired last week, Davis had said: “You can’t do this job unless you’re a Carolina guy.”

Lebo played for Dean Smith from 1985-89 and later served as head coach at Auburn, Chattanooga, East Carolina and Tennessee Tech. That experience will prove key considering the 50-year-old Davis — who played with Lebo under Smith — is a first-time college head coach.

The staff also includes Jackie Manuel, a teammate with May on the 2005 NCAA championship team, working as director player and team development after a year under Tar Heels women's basketball coach Courtney Banghart.

Strength coach Jonas Sahratian and head trainer Doug Halverson will remain, while Eric Hoots is taking over as director of basketball operations after 17 years in a behind-the-scenes role with the program.