USC at No. 23 Arizona tops Pac-12 hoops contests this week 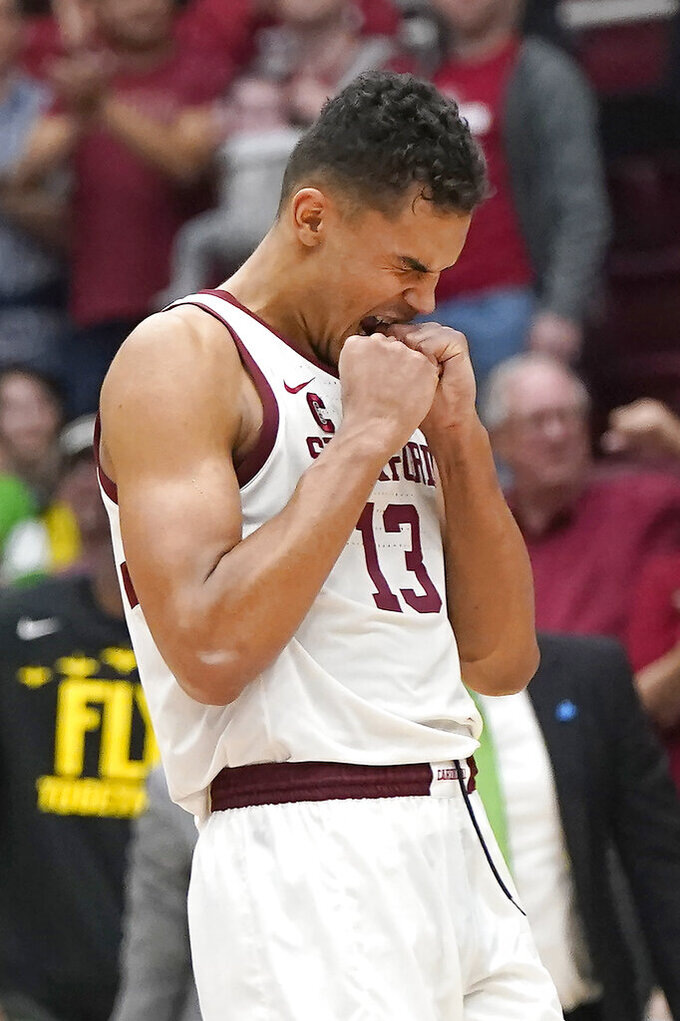 GAME OF THE WEEK: Southern California at No. 23 Arizona, Thursday. No. 14 Oregon leads the Pac-12 at 7-3, but its still a tight race with both the Trojans (17-5, 6-3 Pac-12) and Wildcats (15-6, 5-3) in the hunt. USC's offense stagnated last week, managing 56 points in a win over Utah, 57 in a blowout loss to Colorado. The Trojans rebounded from rough offensive outings before, though, and will likely focus on getting the ball inside more to Onyeka Okongwu, who was mostly ineffective in the two games last week. Arizona is the Pac-12's top scoring team and bounced back nicely from a disappointing loss to rival Arizona State by sweeping the Washington schools last week. The Wildcats will get back big man Chase Jeter, who has missed four games with a back injury, and have won nine straight against USC at McKale Center.

LOOKING AHEAD: Oregon and Oregon State may be near opposite ends of the standings — the Beavers are 3-7 — but the Civil War is never an easy win no matter how the teams are playing. The game will also feature two of the conference's best players, Oregon's Payton Pritchard and Oregon State's Tres Tinkle, both candidates for player of the year. ... The muddled Pac-12 race could become a little clearer this week with most of the eight teams within two games of the lead facing each other. USC and UCLA play the two Arizona schools, while No. 24 Colorado hosts California on Thursday and Stanford Saturday.

INSIDE THE NUMBERS: Oregon State C Kylor Kelley has 187 career blocks, putting him within striking distance of cracking the top 10 in Pac-12 history. He is one behind UCLA's Jelani McCoy at No. 13 and seven from matching USC's Sam Clancy at No. 10. ... Pritchard has 621 career assists, one behind Arizona's Jason Gardner at No. 11 in conference history. ... This season is the earliest every Pac-12 team has at least three conference losses since 2010.

PLAYER TO WATCH: Oscar da Silva, Stanford. The German junior had quite a week against the Oregon schools, averaging 24.5 points on 62% shooting and 11.5 rebounds. He is one of three Division I players to have 27 points, 15 rebounds and three assists in a game after posting those numbers in a win over Oregon.