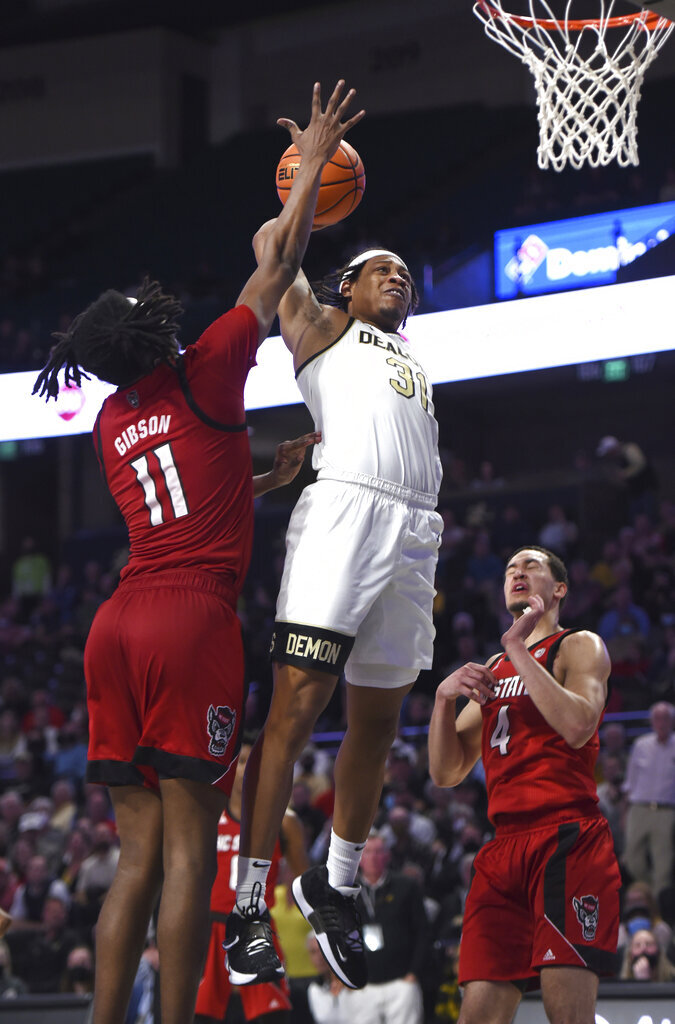 The league announced Williams as its player of the year and Forbes as its top coach on Monday. The Demon Deacons were picked 13th in the preseason but have enjoyed a 23-win season and hold the No. 5 seed at this week's ACC Tournament in New York.

It marks the first time the Demon Deacons have won both awards since 2003, when late coach Skip Prosser and Josh Howard were the picks.

The results came after voting by a 78-member panel that included the league’s head coaches and media members.

Duke freshman Paolo Banchero was voted rookie of the year, while teammate Mark Williams was chosen as defensive player of the year. North Carolina State's Dereon Seabron was most improved player, while Florida State's Matthew Cleveland was sixth man of the year.

The AP releases its ACC awards on Tuesday.