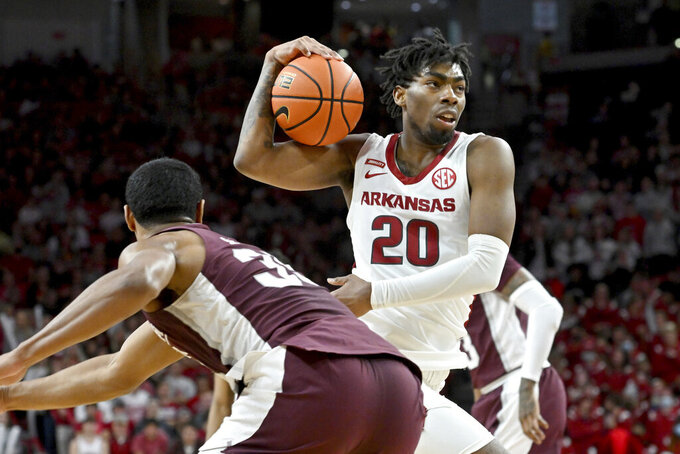 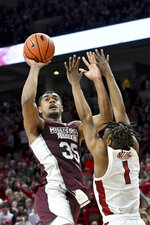 Chris Lykes also scored 10 points, including a contested 3 off the dribble with 20 seconds on the shot clock that gave Arkansas (18-5, 7-3 Southeastern Conference) a 61-54 lead with 25 seconds to play.

Stanley Umude converted a three-point play to make it 6-4 fewer than 4 minutes into the game and the Razorbacks never again trailed. Mississippi State (14-8, 5-4) tied the score eight times from there, including three times in the second half — the last of which came when Tolu Smith threw down a dunk to make it 42-all with 11:17 to play. Williams responded with a three-point play just 13 seconds later to spark an 11-2 run and, after the Bulldogs scored eight consecutive points to trim their deficit to 53-52 with 2:07 to play, Williams hit a 3-pointer to ignite a 10-2 run to put the game away.

Smith, who has struggled with injuries throughout the season and suffered a partially dislocated knee in the last two minutes against Ole Miss on Jan. 22, returned after a three-game absence. The 6-foot-11 junior finished with 11 points, six rebounds, three assists and a block in 27 minutes and made just 2 of 8 from the field but 7 of 9 from the free-throw line.

The Razorbacks have won eight in a row and are allowing just 60.5 points per game during that span. They have held six opponents to fewer than 60 points this season with five of those coming amid their current win streak.