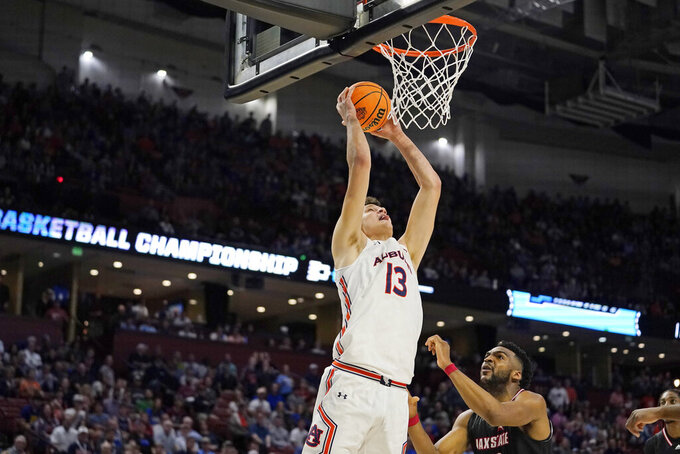 The sophomore helped lead Auburn to the program's first No. 1 ranking and a regular-season Southeastern Conference title in his lone season with the Tigers.

Kessler is widely regarded as a potential first-round pick but has until June 1 to withdraw from the draft.

Auburn freshman forward Jabari Smith, regarded as a potential No. 1 pick, hasn't announced his decision yet.

Kessler was named the Naismith Men's Defensive player of the year on Sunday, an award given by the Atlanta Tipoff Club.

Kessler was a first-team All-SEC performer and third-team Associated Press All-American. He had a pair of triple-doubles in the season, reaching double digits in points, rebounds and blocks.