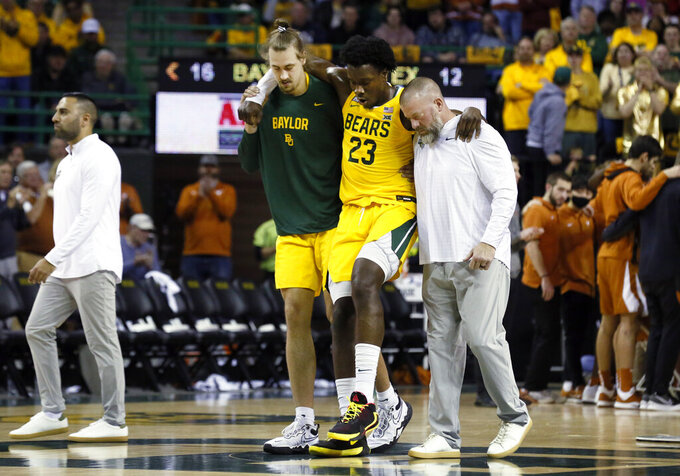 Tchamwa Tchatchoua was going down the court after a missed shot by the Bears when his left leg turned awkwardly and he crumbled to the floor near midcourt with just under 12 minutes left in the first half. After being tended to on the court for several minutes, he didn't put any weight on his left leg when being helped off the court.

A school spokesman said Tchamwa Tchatchoua had a significant injury and was out indefinitely.

The 6-foot-8 player from Cameroon, known as “Everyday Jon” because of his high-energy play, was coming off a career-high 21 points in Baylor's win Wednesday night at Kansas State.