Clark leads No. 8 UCLA to 76-50 victory over Sacramento St 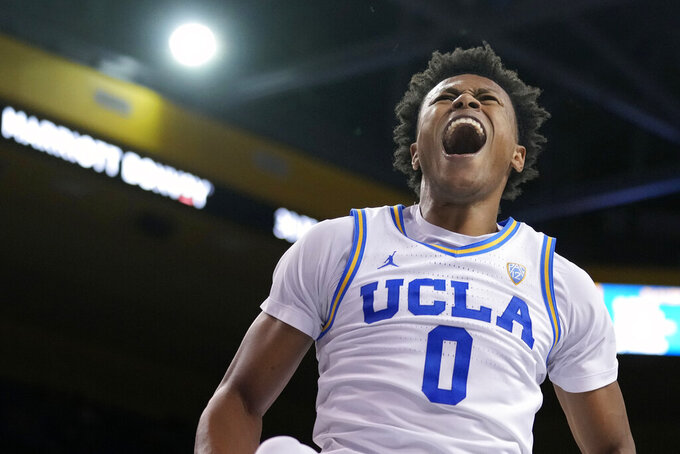 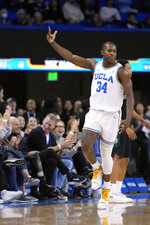 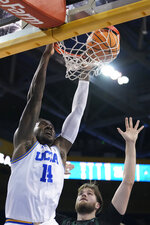 LOS ANGELES (AP) — Jaylen Clark turned in an all-around performance for UCLA in its opener, both good and bad.

Clark scored 17 points, grabbed eight rebounds and had a career-high seven steals in the eighth-ranked Bruins 76-50 victory over Sacramento State. The one area coach Mick Cronin was ready to point out though was Clark's five turnovers.

“He's just got to eliminate the turnovers. There's no point in stealing it if you're going to give it right back,” Cronin said. “He's awesome defensively. He's got to be an elite defensive player for us to be great.”

But it also doesn't hurt when Clark can make all seven of his shots from the floor. The 6-foot-5 junior guard had mainly come off the bench the past two seasons, but has cracked the starting lineup this season due to his defense.

“I was getting my teammates involved with rebounds and assists to get on the break in the first half,” said Clark, who had 14 points in the second half. “In the second half they were collapsing on my teammates. I felt like I had opportunities to go and score. Like coach said, I have to eliminate the turnovers, but other than that I was pretty happy with how I performed.”

Jaime Jaquez and Tyger Campbell scored 14 apiece and David Singleton added 13 points for the Bruins, who shot 53.1% from the field (34 of 64).

Jaquez did most of his scoring in the first half with 12 points as the Bruins built a 39-25 lead at halftime.

Campbell scored seven points as UCLA took control with a 20-0 run midway through the first half.

The Hornets went on an 8-0 spurt to grab a 16-12 advantage with 9:15 remaining before the Bruins scored 20 straight points over the next six minutes. Seven players had baskets during the run.

UCLA started 6 of 16 from the field before making 12 of its next 16 shots to end the first half.

Sacramento State shot 34.5% from the field, going 19 of 55, and committed 21 turnovers. The one positive was that the Hornets did outrebound the Bruins 37-33.

“We've got some guys that can shoot, but with the first road game against a Top 10 opponent, that pressure is hard to produce in practice,” Sacramento State coach David Patrick said.

Sacramento State: The Hornets were 2 of 18 on 3s and missed 13 straight during one stretch.

UCLA: It ended up being a fun night for the Jaquez family. Jaime's younger sister, Gabriela, had 10 points and six rebounds as the Bruins women's team opened with a victory over Cal Poly. Gabriela Jaquez is part of the nation's top-ranked recruiting class.

UCLA freshman Adem Bona did not play in order to serve a one-game penalty from the NCAA related to an amateurism issue. The center is expected to play in UCLA’s next game.