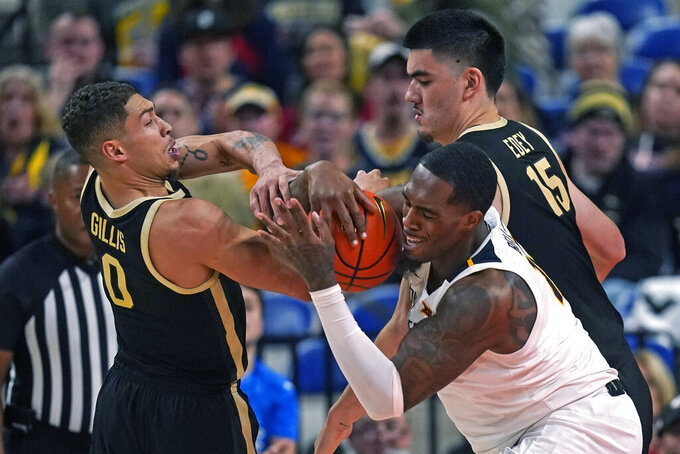 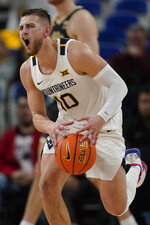 PORTLAND, Ore. (AP) — Zach Edey had 24 points and 12 rebounds to lead No. 24 Purdue to an 80-68 victory over West Virginia on Thursday night in the opening round of the Phil Knight Legacy tournament.

Mason Gillis added 14 points for the Boilermakers (4-0), and Brandon Newman came off the bench to score eight points.

Erik Stevenson scored 17 points as the Mountaineers (3-1) lost for the first time this season. Joe Toussaint added 16 points off the bench.

The Boilermakers took a 43-32 lead into halftime. Edey led the way with 12 first-half points.

“I thought he had an average game,” Purdue head coach Matt Painter said of Edey. “He’s a really good player. One of the best players in the country. When you get 24 and 12 and you had an ‘average’ game, that’s pretty cool.”

The Mountaineers cut into the Boilermakers’ lead with a 9-0 run late into the second half, closing within four points before Braden Smith knocked down a 3-pointer with five minutes left to give Purdue a seven-point edge. That was the closest West Virginia got.

Stevenson scored six straight points to help West Virginia keep pace early in the second half, but exited the game at the 13-minute mark with an apparent leg injury. He checked back in with four minutes remaining.

“We were 4-0 because we were better,” West Virginia head coach Bob Huggins said. “We still didn’t execute. We turned the ball over at a very alarming rate and we refused to rebound it.”

West Virginia played solid defense, forcing 18 turnovers, but couldn’t get its shots to fall, going 5 for-22 (22.7%) from beyond the arc.

Purdue: The Boilermakers handled an unranked West Virginia team to stay undefeated and advance to the PKL semifinals.

West Virginia: The Mountaineers picked up their first loss of the season at the hands of a ranked opponent.

Purdue: The Boilermakers will face the winner of Thursday night’s Gonzaga-Portland State game on Friday in the PKL semifinal.

West Virginia: The Mountaineers will face the loser of the Gonzaga-Portland State game in a consolation game on Friday.

Purdue: Will face No. 6 Gonzaga on Friday in the semifinals.