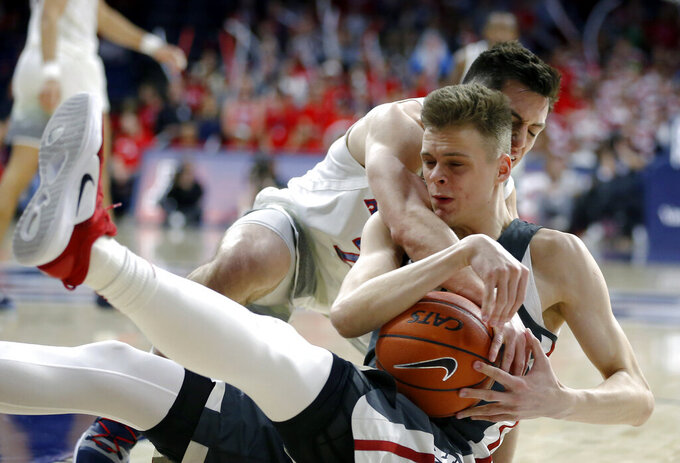 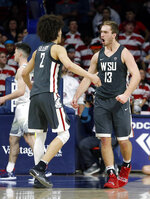 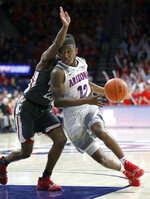 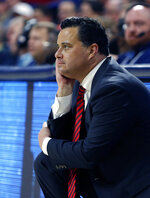 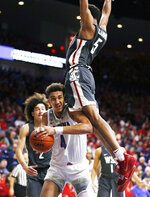 Franks had 31 points after scoring 34 two nights earlier and Washington State ended a 13-game losing streak against Arizona by beating the Wildcats 69-55 on Saturday night.

"Once we get it figured out, which we did, we're a pretty good team," Franks said.

"This trip gave us an opportunity to find out who we are," Cougars coach Ernie Kent said. " ... We literally fed off our opponents' crowds to get our game to another level. The key thing now is to keep it at that level now that know, have seen and experienced the blueprint."

C.J. Elleby added 17 points for the Cougars. Justin Coleman led four Arizona players in double figures with 14 but shot just 5-of-14. The Wildcats shot just 32 percent from the field.

The Wildcats again were without freshman guard Brandon Williams with an ankle injury.

"Man it feels good, it feels amazing," he said. "Just hats off to my teammates and my coaches, just believing in what we can do, playing hard and buying in, and anything is possible."

Miller said the Wildcats "didn't really have an answer for Franks. ... He's certainly one of the better offensive players that plays college basketball."

Much as they did in their 91-70 win at Arizona State, the Cougars took advantage of poor shooting by the opponent.

Arizona got within single digits only once in the second half, 51-42 on Luther's two free throws with nine minutes left. But Elleby was fouled on a 3-point try, made all three, and the Wildcats never seriously threatened again.

Washington State scored the first seven points of the game as Arizona missed its first seven shots. Franks' 3-pointer gave the Cougars their biggest lead of the half, 28-14, with 4:12 to play. Five straight points by Coleman cut the lead to 30-21 before Franks sank a 3 at the halftime buzzer to make it 33-21.

Arizona's Chase Jeter missed all six of his shots and didn't score. Teammate Brandon Randolph was 1-for-6 shooting.

Franks should be a safe bet for Pac-12 player of the week and Washington State is nobody's pushover if the Cougars can match these types of performances, beginning with a home game next week against Pac-12 leader Washington.

Miller has never had a team lose five in a row before and it's going to be tough sledding for the Wildcats from here on out, especially without Williams.

Heeke, speaking to reporters at halftime, wouldn't talk about the Phelps case or any other issues related to a possible NCAA investigation.

"We're fully supportive of the coaching staff, the leadership of the basketball program," Heeke said. "We're supporting, as I have said before, we support coach Miller. Those things that have been said to the contrary to that are not true."

Arizona: at Utah on Thursday.