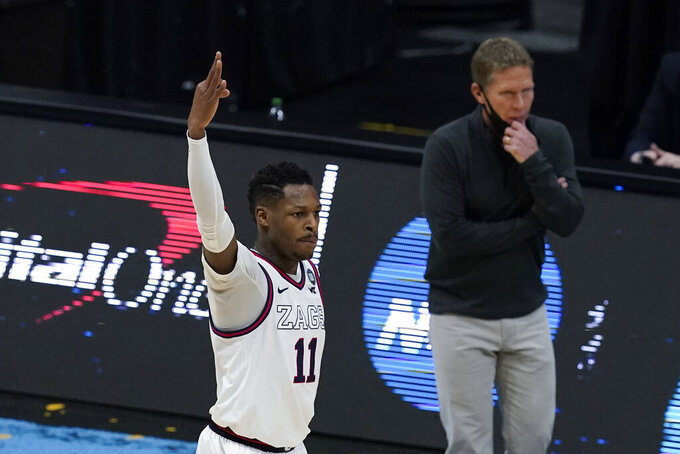 The school said Ayayi will hire an agent and pursue a professional career.

“My four years at Gonzaga have been unforgettable and some of the most special times in my life,” Ayayi said in a news release. "I'm honored to be a Zag forever.”

Ayayi was a finalist for the Jerry West Shooting Guard of the Year Award this season. He averaged 12 points per game while shooting 57.5% from the field. The French native's 6.8 rebounds per game were second on the team as Gonzaga advanced to the NCAA title game, where the Bulldogs lost to Baylor.

Ayayi recorded the first triple-double in program history in a win at Portland on Jan. 9. He scored all 12 of his points in the first half, grabbed 13 rebounds and dished out a career-high 14 assists. His 18 rebounds against Iowa were the most by a Bulldog guard since the program moved to Division I in 1958-59.