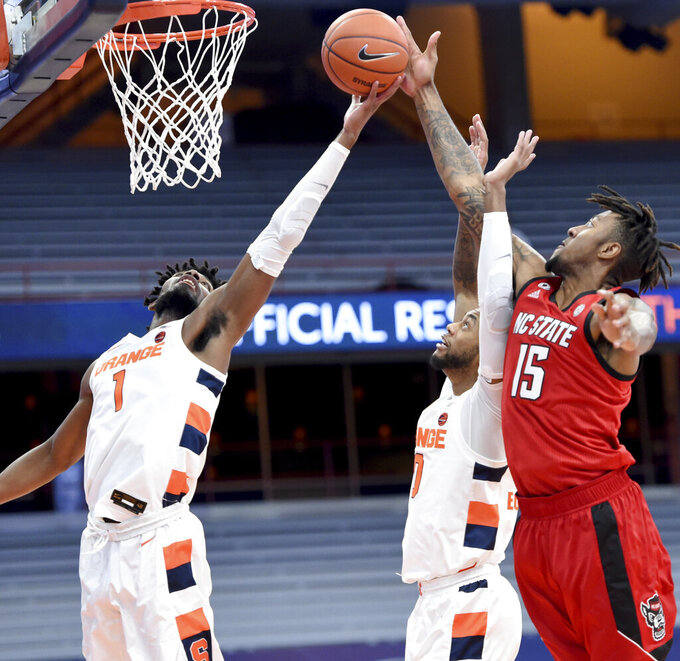 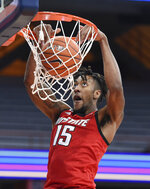 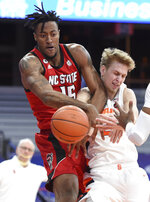 Griffin scored 19 points, Buddy Boeheim added 17 and the pair combined for seven 3-pointers. Kadary Richmond added 14 points on 6-of-7 shooting, including a pair of baskets in the last five minutes.

Richmond hit a tie-breaking jumper at the 5:02 mark as Syracuse (10-5, 4-4 Atlantic Coast Conference) went ahead 67-65 for a lead it wouldn't relinquish. Boeheim followed with a 3 on an assist from Griffin.

Thomas Allen, fouled on a 3-point attempt, made all three free throws with six seconds left, cutting the gap to 74-73. After Griffin's two free throws pushed the Syracuse lead to three a couple of seconds later, N.C. State missed on a last-second 3-pointer.

Despite playing short-handed, the Wolfpack built a 47-38 halftime lead with Bates scoring 12 on 5-for-5 shooting, Hellems adding 10 and Beverly nine on 3-for-4 shooting from distance.

After closing to 72-70 on a Hellems free throw, N.C. State fouled five times to get the Orange to the line by the 17-second mark. Dolezaj and Griffin closed the scoring with four straight free throws.