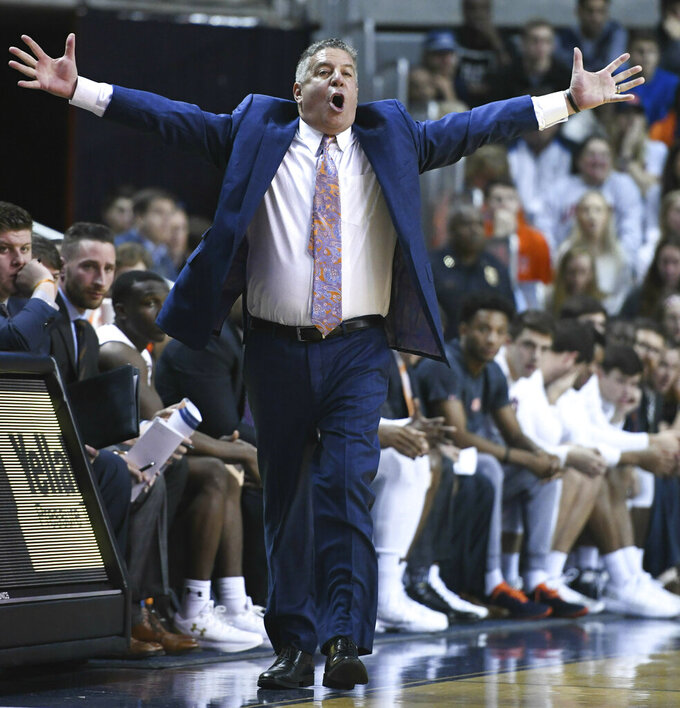 Auburn head coach Bruce Pearl reacts to a play during the first half of an NCAA college basketball game against Georgia Saturday, Jan. 12, 2019, in Auburn, Ala. (AP Photo/Julie Bennett) 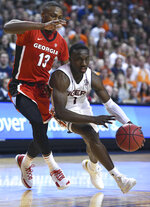 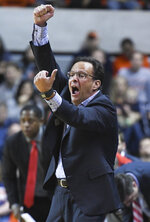 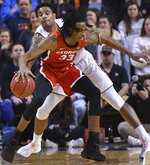 AUBURN, Ala. (AP) — Jared Harper's quick 3-pointer to start the game signaled this would be a more typical performance for both Auburn and its star point guard than the last one.

Harper had 22 points and seven assists and he and the 11th-ranked Tigers rebounded from a rough night to beat Georgia 93-78 on Saturday.

Harper and the Tigers (12-3, 1-1 Southeastern Conference) looked sharper at home than in an 82-67 loss at Mississippi, but still struggled to put away a team that was blown out by No. 3 Tennessee a week ago.

"I thought our team responded very well," Auburn coach Bruce Pearl said. "We needed a better offensive execution. We needed to get to the right spots and take better shots."

The Bulldogs (9-6, 1-2) threatened to make it close through much of the second half and certainly avoided a repeat of that 46-point road loss to the Volunteers.

Harper got off to a strong start and had a big steal and assist down the stretch.

Auburn built a 16-point lead midway through the second half, but Georgia chipped away at it enough to remain within striking distance.

Georgia had a chance to cut it to single digits when Auburn's inbounds pass sailed over Austin Wiley's head. But Harper stole the ball at the other end and fired a pass to Dunbar for a dunk and 82-69 lead with 4:08 left.

Dunbar got a steal of his own on the Bulldogs' next possession to set up Chuma Okeke's dunk to help ensure a comfortable victory. That sequence re-energized a capacity crowd of 9,121.

"I felt like we were always in it and when Harper got the turnover, then he threw the lob, that broke our back a little bit," Georgia coach Tom Crean said. "That got the crowd back into it. When we were sitting there at 10- 11 (points down), I always felt like we were right there, and our guys did, too.

"A game like this comes down to the hustle points."

Harper didn't waste any time showing this performance would be different from than 3-of-14, nine-point game against the Rebels. He hit two early 3-pointers, one 22 seconds in, and added a couple more before his day was done.

It was perhaps McLemore's best game since an ankle injury sidelined him for the end of last season. It came at a good time with fellow post players Chuma Okeke and Austin Wiley limited by foul trouble.

"That's the closest he's looked to a guy that was first-team all-defense and a key, key player for us a year ago," Pearl said. "Anfernee gets to do what he's doing there, and we're a different club."

It was also a physical turnaround from a performance against Ole Miss where Pearl said it was fair to say "you guys got pushed around."

"We preached transition defense and interior defense a lot," McLemore said. "A lot of guys after the Ole Miss game, we watched a lot of film and we just worked on that a lot between that game and this game."

Georgia was fairly competitive throughout after getting blown out 96-50 by Tennessee last Saturday.

Auburn was more efficient and balanced than the Ole Miss game, when Brown fired up 19 3s. The Tigers hit 50 percent (34 of 68) after shooting a cold 33 percent against the Rebels.