Heat on Hoiberg after 3 straight 20-loss seasons at Nebraska 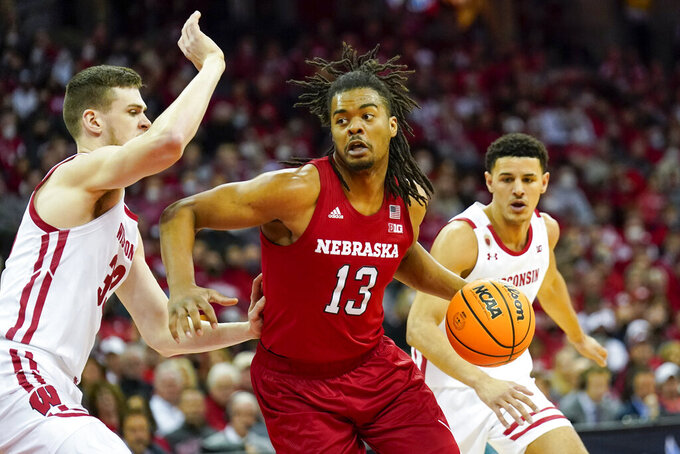 LINCOLN, Neb. (AP) — Fred Hoiberg enters his fourth season at Nebraska needing to produce if he plans on getting a fifth.

“I feel pressure every day in my life,” Hoiberg said. “You know, it’s just what comes with this job.”

Hoiberg was one of the nation's splashy coaching hires in 2019, but the Cornhuskers have only regressed. His predecessor, Tim Miles, never finished last in the Big Ten. The Huskers have been at the bottom three straight years and are picked to be there again this season.

The 24 wins under Hoiberg are fewest among Power Five teams the last three years and the Huskers have three straight 20-loss records after never having had any in 123 previous seasons. They also have five losses in home “buy” games, the ones where a low- or mid-major opponent is supposed to take a lopsided beating and leave with a paycheck.

Like Nebraska's celebrated football hire, Scott Frost, Hoiberg was put on the clock after so much underachieving. Athletic director Trev Alberts trimmed Hoiberg's salary from $3.5 million to $3.25 million, took away the coach's $500,000 retention bonus and cut his buyout from $18.5 million to $11 million.

Alberts and Hoiberg verbally agreed to metrics the program must reach in order for the coach to earn back some of the money promised in his original contract. Because the terms were not put on paper, they are not subject to state public records laws and remain confidential.

Hoiberg's teams at Iowa State (2010-15) succeeded with a wide-open offense in the Big 12. That system has proved ineffective the last three years in the Big Ten.

Hoiberg wants the Huskers to take on a greater defensive identity. In eight seasons as a college coach, Hoiberg has had only one team finish higher than 245th nationally in scoring defense. His three Nebraska teams have ranked 330th, 268th and 339th.

The coach said newcomers Sam Griesel, Emmanuel Bandoumelsam, Denim Dawson, Juwan Gary and Blaise Keita give the Huskers the necessary length to create more turnovers and be harder to score against.

“What we’re all going to be judged on is how many times we get in that left (win) column," Hoiberg said. "What I’m looking at every day is, are we making progress? We can’t afford to take steps in the wrong direction and then have to go back up.”

Derrick Walker, C.J. Wilcher and Keisei Tominaga are the only returning players from the regular rotation. Wilhelm Breidenbach is back after a season-ending knee injury limited him to 10 games.

“It was one of the big things I talked to our staff about in the offseason is really to try to go out there and find guys that have been a part of winning programs,” Hoiberg said.

Armon Gates, who had been at Nebraska four years, took an assistant's job at Oregon and Matt Abdelmassih left the program after three years on staff.

The Huskers open at home against Maine on Nov. 7 and Omaha on Nov. 10. They head to New York to play St. John's on Nov. 17 in the Gavitt Games. Their toughest nonconference game is Dec. 4 against ninth-ranked Creighton in Omaha. Big Ten play starts Dec. 7 at No. 13 Indiana.