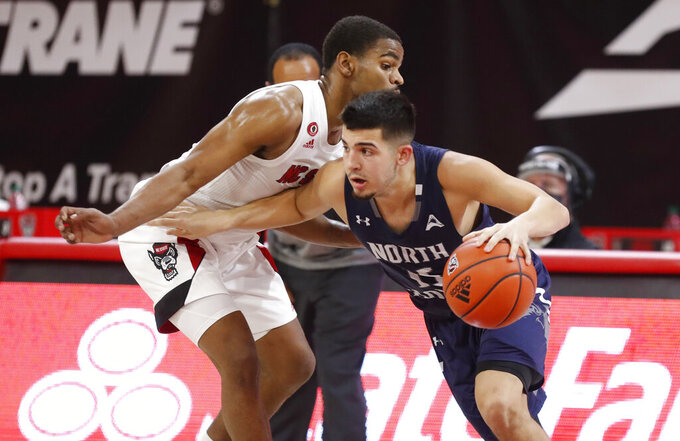 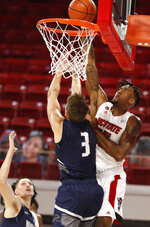 Cam Hayes added 13 points on 6-for-8 shooting with six assists, DJ Funderburk had 11 points and Manny Bates 10 with five blocked shots and eight rebounds for the Wolf Pack (2-0).

The Ospreys (0-2) were paced by three players with 11 points each — Carter Hendricksen, Jose Placer and Jadyn Parker.

The Wolf Pack picked up 10 steals and harried North Florida into 19 turnovers, holding the Ospreys to 38% shooting (21 of 56).

Hellems scored 11 in the first half, including 7 of the team's 10 during one stretch as N.C. State broke away from a 15-12 lead to take a 42-28 advantage into halftime. North Florida missed its first seven shots of the second half and never cut into the Wolf Pack lead.

N.C. State's Thomas Allen opened the second half with a 3-pointer, North Florida missed three straight shots on one possession, including consecutive dunk attempts by Josh Endicott, and Hellems scored on the fast break on the other end with a feed from Braxton Beverly.

A Hayes jumper pushed the lead above 20 points midway through the second half and North Florida was unable to get closer the rest of the way.