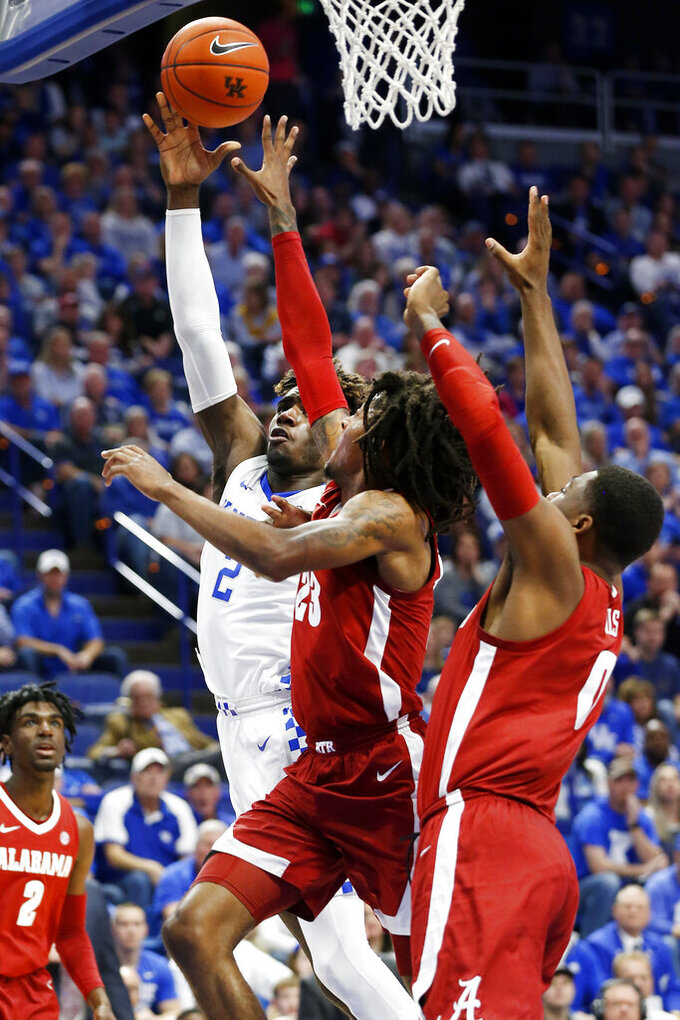 LEXINGTON, Ky. (AP) — Kentucky freshman forward Kahlil Whitney says on his verified Twitter that his time at the school “has not gone as I had hoped” and that he will leave the No. 15 Wildcats.

The 6-foot-6, 210-pound Whitney averaged 3.3 points and 1.7 rebounds and started eight of Kentucky's first 11 games. He hasn't played more than 11 minutes during the past seven contests and recorded just three points and three rebounds in that stretch.

The Chicago native thanked coach John Calipari and others in his post and added that “the business of basketball waits for no one, and sometimes tough choices need to be made in order to progress."

The school said in a release that Whitney can transfer to another school without restrictions per NCAA rules if he decides to do so. Calipari stated in the release that he wanted to continue coaching him but understood his decision “and as we always do here, will support him in whatever way we can.”