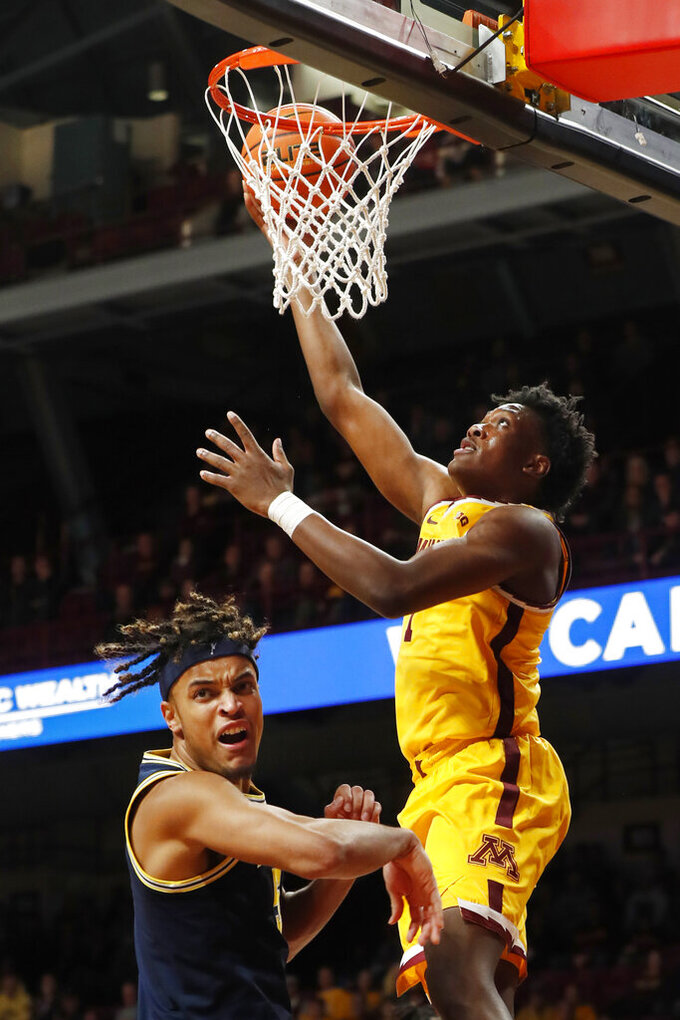 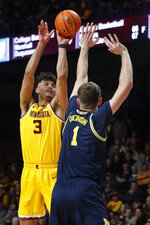 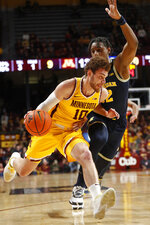 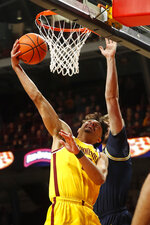 Michigan made its first five 3-pointers, led 24-9 after the opening eight minutes and extended it to 37-13. Minnesota used a 15-3 run to pull within 40-28 with 3:15 left in the first half but McDaniel ended Michigan’s nearly four minute scoring drought with a long 3-pointer and the Wolverines led 47-31 at the break.

McDaniel scored nine of Michigan’s 17 points to start the second half for a 21-point lead. And Jett Howard scored five straight Michigan points during a 12-2 run for a 76-47 advantage.

McDaniel shined in Michigan's first game without point guard Jaelin Llewellyn, who suffered a season-ending knee injury on Sunday. The play-making guard was 5 of 6 from the field, making all three of his 3-pointers, while only turning it over twice in 27 minutes.

Kobe Bufkin added 15 points and Howard finished with 14 points for Michigan (6-3, 1-0 Big Ten) in their first true road game of the season. The Wolverines, who lost to No. 3 Virginia by two points and No. 16 Kentucky by four points last week, don't play again until Dec. 17 against Lipscomb followed by a trip to Charlotte to play North Carolina on the 21st.

Ta’lon Cooper scored 16 points and Pharrel Payne added 15 for Minnesota (4-5, 0-2), which will look to snap a four-game losing streak when it faces No. 23 Mississippi State on Sunday.

Minnesota won 75-65 at Michigan in their only meeting last season. But the Gophers lost nine of their next 10 conference games and finished 4-16 in the Big Ten in coach Ben Johnson’s first season.