No. 5 Auburn holds off Mississippi State 81-68 in overtime 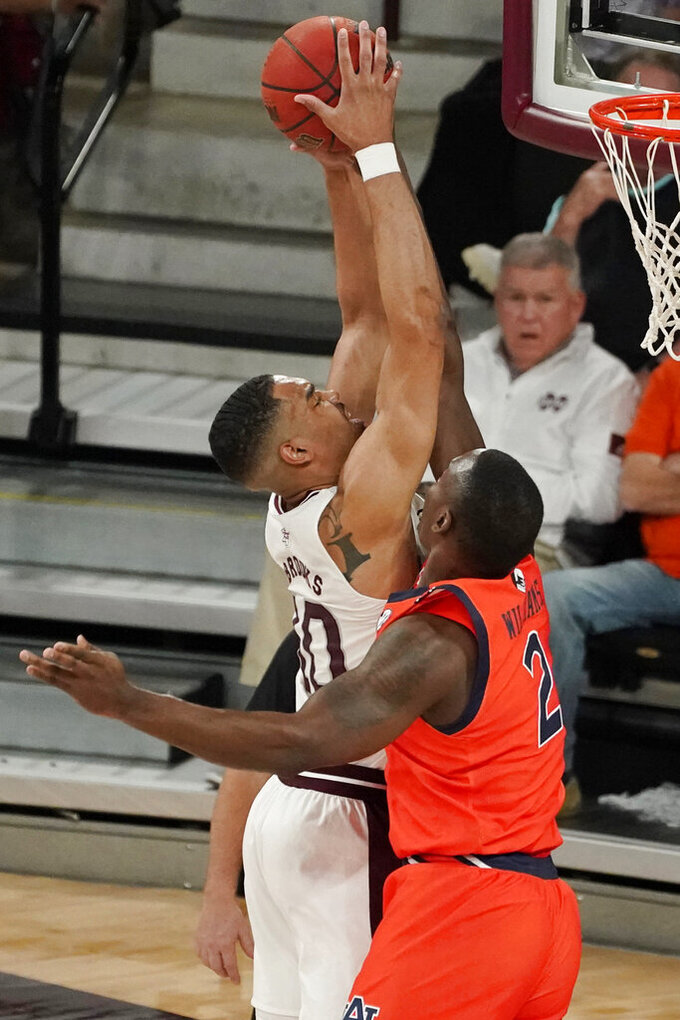 Mississippi State forward Garrison Brooks (10) stretches over Auburn forward Jaylin Williams (2) as he attempts a shot at the basket during the first half of an NCAA college basketball game in Starkville, Miss., Wednesday, March. 2, 2022. Auburn won in overtime 81-68. (AP Photo/Rogelio V. Solis) 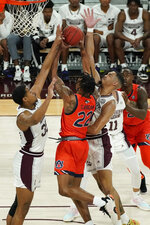 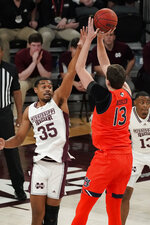 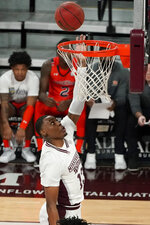 With the win, the Tigers (26-4, 14-3 Southeastern Conference) clinched at least a share of the SEC regular-season championship. It marks the fourth SEC title for Auburn and the program’s first since the 2017-18 season.

“It means so much to us because this league is so good,” Auburn coach Bruce Pearl said. “You know, there are about seven or eight teams that could have won this thing. The fact that Auburn put itself in this position is just incredible.”

Smith tied the game at 61 in the final minute of regulation, but missed a 3-pointer at the buzzer. But Johnson scored the first 10 points of overtime to help the Tigers pull away.

Smith also finished with 10 rebounds for the Tigers and was 9 of 13 from the field. Zep Jasper also added 11 points for Auburn and was 3 of 4 from 3-point range.

”(Smith) is one of the great competitors I’ve ever coached,” Pearl said. “You could look at his jump shot and you can look at all the other things about him. But that is one competitive talent. He wants the ball, he’s not afraid of the moment and I’m gonna just trust him.”

The Bulldogs missed all 13 attempts from 3-point range while Auburn was 10 of 26 behind the arc. Mississippi State did outrebound the Tigers 50-32, including 21 offensive rebounds. Andersson Garcia finished with a career-best 13 rebounds for the Bulldogs and added eight points.

“It was a tough loss and we’ve said that too many times this year,” Mississippi State coach Ben Howland said. “We outboarded them by 18, but we had too many turnovers (20). I blame myself for the looks we didn’t get down the stretch.

“Obviously, our 3-point shooting is impacting us. We are now 1 of 33 in the last three games. It is disappointing. It is frustrating for everyone.”

Auburn jumped on Mississippi State right out of the gate and did most of the damage from 3-point range. Jasper made his third 3-pointer of the half with 10:33 remaining and gave the Tigers a 23-10 advantage.

Mississippi State shot just 39% in the opening half and missed all nine attempts behind the 3-point arc.

However, Mississippi State used a 32-10 run that spanned over two halves and took a 54-49 lead with 7:20 left in regulation. The Bulldogs also had a chance to win late in regulation, but failed to score on their last two offensive possessions.

Auburn: The Tigers snapped a three-game road losing streak in the SEC and did so at the perfect time. Auburn finished with a 7-3 road record in the league.

Auburn: Closes the regular season on Saturday and will host South Carolina.