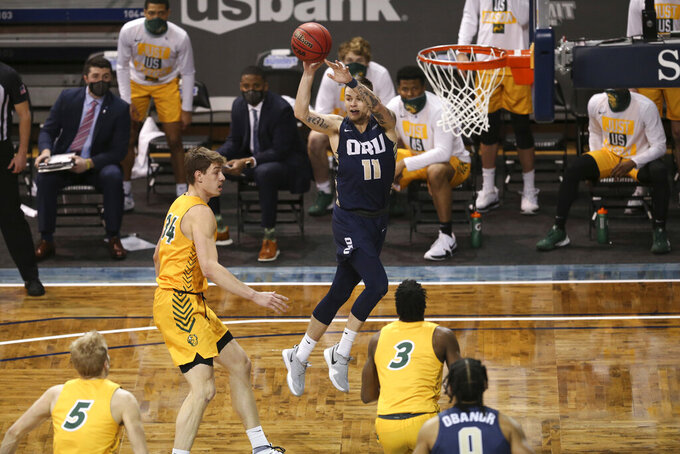 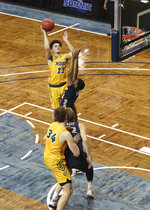 It’s the first tournament title for Oral Roberts since 2007-08 and the first league championship since Oakland's in 2010-11 that doesn't include South Dakota State or North Dakota State.

Rocky Kreuser's layup capped a 14-4 run by the Bison that tied the game at 72 with 39 seconds to play. Abmas made the second of two free throws with 14.6 remaining. On the other end, Sam Griesel had possession in the corner and tried to drive the lane, but Lacis smothered his layup attempt with 2.2 seconds to go.

D’Mauria Jones added two free throws for Oral Roberts. The Bison heaved the ensuing inbound pass across midcourt to Kreuser, but it was deflected to Lacis.

Kreuser scored a career-high 34 points to lead North Dakota State (15-12). Tyree Eady had 15 points. Griesel finished with just six points on 1-of-12 shooting but had 11 rebounds and seven assists.

Oral Roberts built a 45-20 halftime lead and never trailed in the second half.