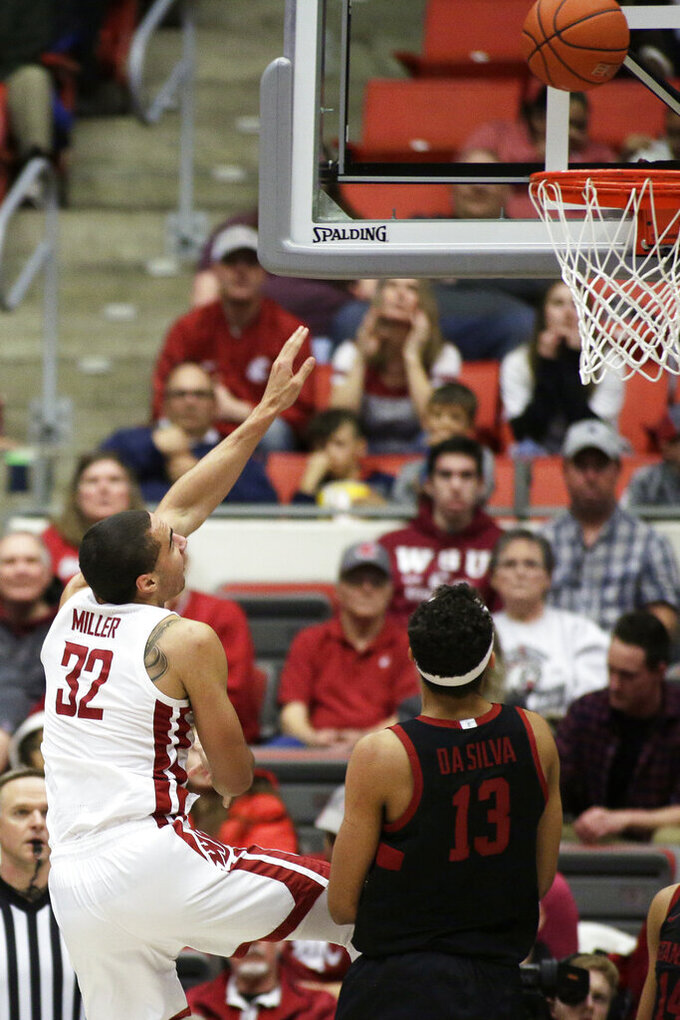 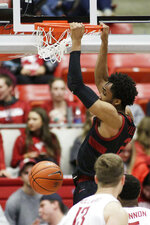 PULLMAN, Wash. (AP) — Oscar da Silva is a tough matchup for anyone. He can score inside and outside and that versatility was on display Sunday night in Stanford's 75-57 victory over Washington State.

Da Silva scored 19 points and Daejon Davis added 17 to help Stanford keep it hopes of an at large bid for the NCAA tournament alive.

The Cardinal have won eight straight against the Cougars and completed their second sweep of the Washington schools in three years.

Da Silva went 6 of 10 from the field and grabbed 10 rebounds for his sixth double-double of the season. Davis, who averages 8.2 points per game, was 6-of-12 shooting.

“Road sweeps are hard to come by so we feel great about that,” said Stanford coach Jerod Haase. “We weren’t perfect, they weren’t perfect but we made enough plays to get it done and we are proud of that.”

CJ Elleby scored 22 points and had 10 rebounds for Washington State (14-14, 5-10, Pac-12), which lost its fourth straight. The Cougars have been without their starting point guard and second-leading scorer, Isaac Bonton, the past three games due to injury. During that time Washington State has scored just 55 points per game and shot just 29.6% overall and 19.3% from deep. The Cougars have not taken a lead in the last two games.

“Tough matchup there for us because Da Silva is just such a problem and a good player and they get so much shooting around him,” said Washington State coach Kyle Smith. “I thought they played well as a team too. For 30 minutes or so, we were fighting and competing but they shot the ball really well."

Stanford led by as many as 14 points in the first half and held Washington State to 34% shooting overall and 4 of 15 from 3-point range. The Cardinal went on a 15-1 run to take a 31-19 lead with 3:10 left in the first half. Washington State responded with a 10-3 spurt that was sparked and finished by Elleby 3-pointers to close the Stanford lead to 36-29 at the break.

Davis opened the second half by scoring seven points in the midst of a 9-1 Cardinal run to make the score 45-33. Washington State responded with a 8-0 run and Stanford went without a field goal for 5:35 to narrow the Cardinal lead to 47-43 with 11:30 to play.

That was the closest the Cougars got. Stanford gradually began pulling away and then went on a 10-0 run with 5:27 left in the game to take a commanding 65-48 lead and never looked back.

“I think this shows we have got a lot of fight left in us,” Haase said. “We are eager and anxious to keep playing and see what it can turn into. Our whole body of work right now has been pretty darn good and I think we will be confident going into every game.”

Stanford: The Cardinal's road sweep of the Washington schools gives its tournament resume some much needed padding. Stanford will need convincing performances against Utah and Colorado next week to keep their postseason hopes alive.

Washington State: The Cougars' poor shooting without Isaac Bonton in the lineup continued. This was the first time in the last three games that they shot over 30%. They are hopeful their starting point guard will be available to play Friday at Washington.

Washington State: The Cougars play at Washington on Friday