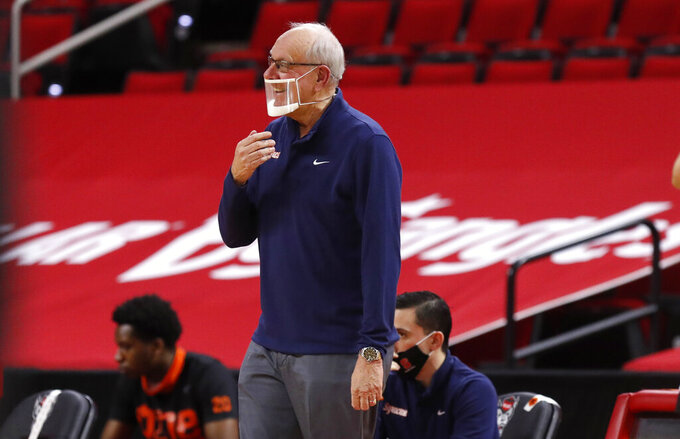 Syracuse head coach Jim Boeheim is not pleased with the call during the first half of an NCAA college basketball game against North Carolina State, Tuesday, Feb. 9, 2021 in Raleigh, N.C. (Ethan Hyman/The News & Observer via AP, Pool) 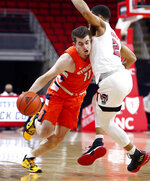 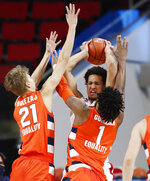 Griffin and Robert Braswell made a 3-pointer on back-to-back possessions to help Syracuse take the first double-digit lead of the game at 65-55 with 8:16 left. N.C. State pulled within 67-64, but Boeheim started an 8-0 run to keep Syracuse in front by double digits the rest of the way.

Quincy Guerrier had 14 points and seven rebounds for Syracuse (11-6, 5-5 Atlantic Coast Conference), which forced 20 turnovers for the second straight game. Griffin also had three steals as the Orange collected 11 — after posting a season-high 13 in a loss to Clemson on Saturday.

The teams were meeting for the second time in less than 10 days. Syracuse snapped a three-game losing streak in the series on Jan. 31 with a 76-73 victory.

Syracuse is scheduled to host Boston College on Saturday when N.C. State will attempt to hand Duke its fourth-straight loss.