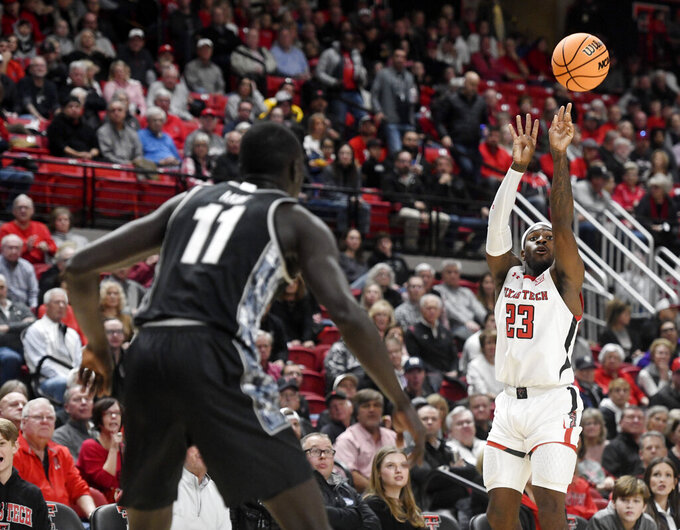 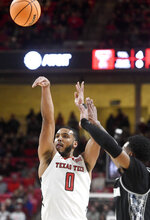 LUBBOCK, Texas (AP) — Jaylon Tyson and De’Vion Harmon each scored 18 points, and Texas Tech held off Georgetown for a 79-65 victory on Wednesday night in the Big East-Big 12 Battle.

It was a career high in scoring for Tyson while Harmon surpassed 1,000 career points.

Georgetown trailed by 22 points before Primo Spears scored nine during a 24-3 run to get the Hoyas within 62-61 with 5:46 to play. But Pop Isaacs hit a jumper, Daniel Batcho added a dunk and Texas Tech scored the next nine points and closed on a 17-4 run.

Brandon Murray and Bryson Mozone scored 18 points apiece to lead Georgetown (4-4), which had been outscored by a combined 60 points in the second half over its last five games but shot 54% (15 of 28) for one more point (39-38) than the Red Raiders after the break.

It was Texas Tech’s first win first win in three tries in the Big East-Big 12 Battle.

The Red Raiders are 4-0 at home and will host Nicholls on Dec. 7 followed by Eastern Washington on Dec. 13. Georgetown returns home to face South Carolina on Saturday.