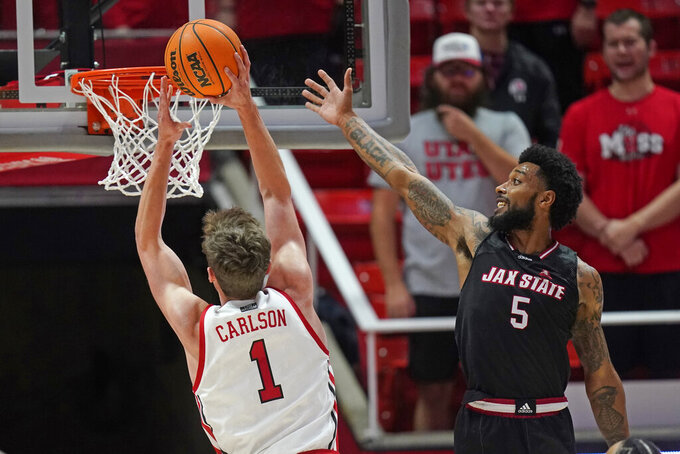 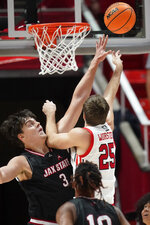 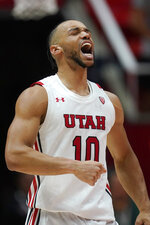 SALT LAKE CITY (AP) — Lazar Stefanovic made six of Utah's 16 3-pointers, and the Utes scored the first 19 points of the game and cruised to a 99-58 rout of Jacksonville State on Thursday night for its fourth straight win.

Stefanovic finished with 20 points. Branden Carlson added 19 points and Gabe Madsen had 16 for Utah (8-2), and the pair were a combined 7 of 11 from 3-point range. Marco Anthony had 10 points, eight rebounds and five assists.

Carlson made a pair of 3-pointers and scored the game's first eight points. Madsen had two 3s during the opening run and added a third, and Utah led 22-3.

The Utes hit all five shots from distance and was 7-of-8 shooting overall within the first six minutes of the second half to stretch their lead to 64-28. Stefanovic had a pair of 3s during the span.

Stefanovic had a 3-pointer sandwiched between a pair of Carlson dunks for a 41-point advantage with about 10 minutes remaining.