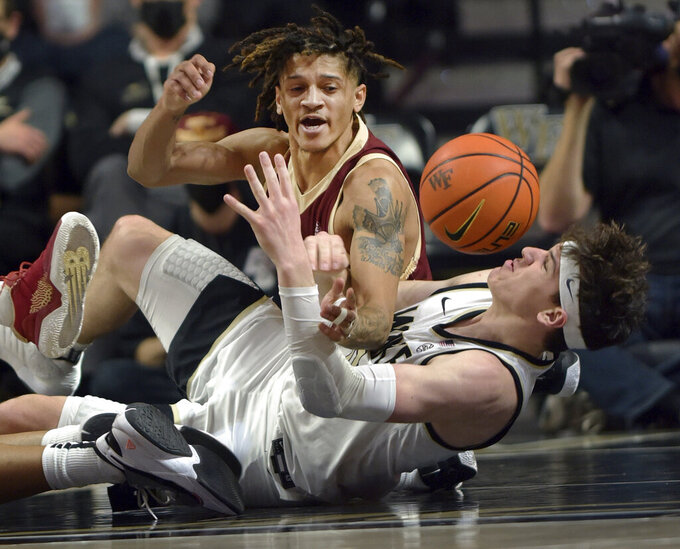 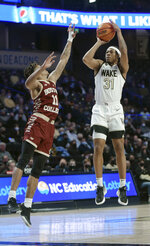 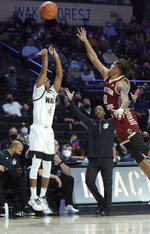 Wake Forest led by double digits for the final 30 minutes of the game. Boston College was just 7-of-34 shooting (20.6%) in the first half — with Jaeden Zackery's 3-pointer at the buzzer giving the Eagles two field goals in the final eight minutes. Daivien Williamson scored 12 points in the first half for Wake Forest and Williams added 10.

LaRavia was held to just two points by halftime, but scored seven of Wake Forest's 11 points to start the second half for a 50-29 lead. He was coming off a career-high 31 points against North Carolina — for only the fourth 30-point, 10-rebound game against the Tar Heels over the past decade.

Wake Forest plays at Syracuse on Saturday. Boston College continues its road trip at North Carolina on Wednesday, followed by a home game against Pittsburgh on Saturday.