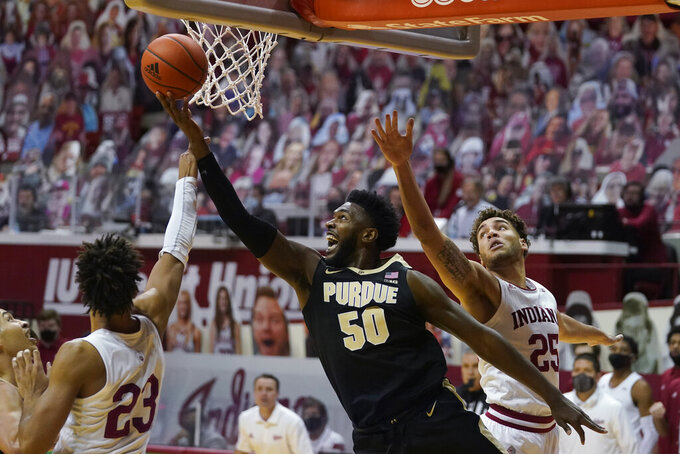 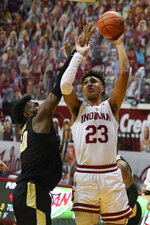 The Boilermakers (9-5. 4-3 Big Ten Conference) were 11 of 17 from beyond the arc, Hunter leading the way with three, Jaden Ivey, Sasha Stefanovic and Brandon Newman each adding a pair. The Hoosiers were just 3 of 18 from distance.

Even missed 3s turned into points for Purdue with Williams available for putbacks, including a one-handed tap-in.

Williams scored 16 of his points in the second half when Purdue led for every one of the final 20 minutes. The double-double was Williams' fifth this season, first since Dec. 29. Ivey added 13 points, Newman 12 and Hunter 11.

Purdue is on a streak of eight straight wins against Indiana, the program's longest since nine in a row (1929-1935).

Newman and Williams finished out the game with six straight free throws in the last 45 seconds as Indiana, which had come as close as six points with under a minute to play, turned to fouling.

The Boilermakers converted 20 of 31 free throws in a game that saw 51 fouls including a handful of technicals.

Purdue finished shooting 53% for the game, 11 of its 25 field goals coming from beyond the arc. Indiana was 44% shooting and scored 23 points off 14 Purdue turnovers.

Purdue, which wrapped up a four-game road swing at 2-2 against three ranked teams, plays host to Penn State on Sunday. Indiana's scheduled game at Michigan State Sunday has been postponed by positive COVID-19 test results within the Spartan program. Without a fill-in, the Hoosiers next game would be Jan. 21 at No. 5 Iowa.