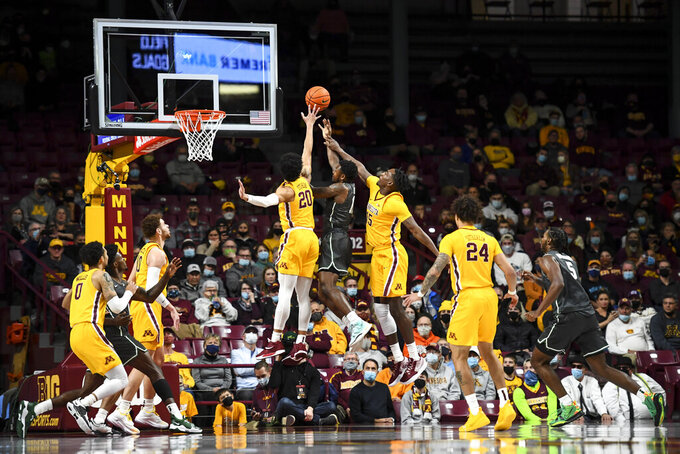 Minnesota guard E.J. Stephens (20) and forward Charlie Daniels (15) defend against a shot by Jacksonville guard Jordan Davis (11) during the first half of an NCAA college basketball game Wednesday, Nov. 24, 2021, in Minneapolis. (Aaron Lavinsky/Star Tribune via AP) 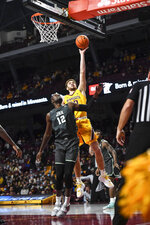 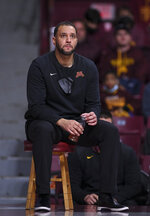 MINNEAPOLIS (AP) — Payton Willis scored 17 points and Jamison Battle 14 as Minnesota strung together a 12-2 run over six minutes late in the game to defeat Jacksonville 55-44 on Wednesday night.

Minnesota (5-0) led by 17 early in the second half before Jacksonville (2-2) cut that to 43-35 with just under eight minutes to play. E.J. Stephens drained a 3-pointer and Willis followed from beyond the arc as the Golden Gophers put up nine unanswered points over the next five minutes, building an 18-point lead with 1:34 remaining.

Tommy Bruner led the Dolphins with 11 points and hit their lone 3-pointer with 42 seconds left to keep alive Jacksonville's streak of 204 games with at least one 3-pointer. Jacksonville had been 0-for-14 from deep to that point.

The outcome breaks Minnesota's string of scoring at least 70 points in its first four games.