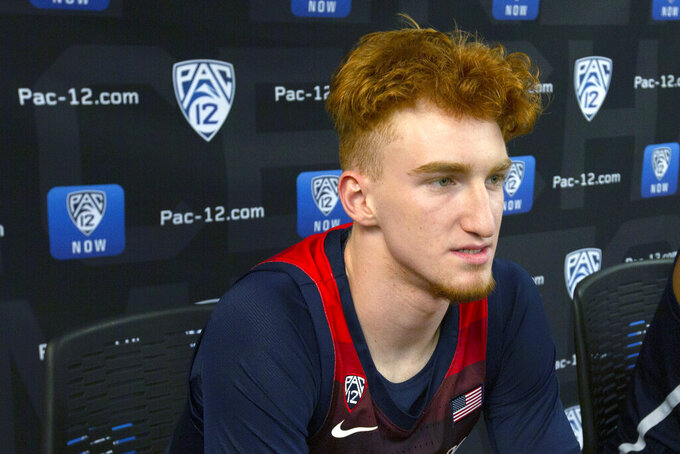 It's hard to blame James Wiseman for signing with Memphis.

The nation's No. 1 recruit had his pick of scholarship offers, but the star for East High School had the opportunity to stay home and he played both prep basketball and summer league games for Penny Hardaway, who is entering his second year in charge of the Tigers.

"When I first met him, I was in awe," said Wiseman, who began his career at Ensworth School in Nashville before transferring to Memphis East largely so that he could play for Hardaway on a regular basis. He went on to average 25.6 points and 14.8 boards as a senior.

His decision to play for the Tigers began a recruiting run for Hardaway that drew comparisons to the best classes landed by John Calipari at Kentucky and Mike Krzyzewski at Duke.

"We are going to have to get talent," said Hardaway, who led the Tigers to the NIT last season, "and with talent comes expectations and that's what we want. We want to be part of the conversation."

Wiseman isn't the only freshman that figures to be part of the conversation this season.

If anyone else was going to make a run for the No. 1 spot in the recruiting rankings, the 6-foot-3 son of longtime NBA player Greg Anthony from powerhouse Oak Hill Academy would be it. Anthony nearly averaged a triple-double last season with 18 points, 9.8 rebounds and 9.5 assists, then was the MVP of the McDonald's All-American game. Now he's taking that talent to Chapel Hill, and he should help to fill the shoes of departed point guard Coby White.

What list of impact freshmen wouldn't be complete without someone headed to Durham? The son of former NFL offensive lineman Vernon Carey Sr. has molded himself into a bruising, 275-pound power forward who averaged 21.7 points and 9.0 rebounds as a senior at University High School in Fort Lauderdale, Florida. He also drops into an ideal situation at Duke, where he can lean on seniors Javin DeLaurier and Marques Bolden until he adjusts to the college game.

The red-headed point guard with the slick dribble and big-time hops was already going to be a crucial piece for the Wildcats, but he could be coach Sean Miller's floor leader from the jump after he lost Brandon Williams to season-ending knee surgery a couple months ago. Mannion, who averaged more 30 points for Pinnacle High School in Scottsdale, should team with Australian shooting guard Josh Green in giving the Wildcats an exciting backcourt.

"The first thing you want from the most highly regarded freshmen," Miller said, "is that they're coachable, that they don't think they have all the answers, and they're not just at Arizona to reach their own individual goals. They came here to be a part of a team and to compete for championships. They're very coachable, and I think they're very good teammates in their own right."

The 6-9 power forward formed a relationship with Washington coach Mike Hopkins several years ago, back when he was an assistant at Syracuse and Stewart a high school star in Rochester, New York. Both went their own ways, and Stewart eventually starred at La Lumiere High School in Indiana. Now they have reunited in the Pacific Northwest, where Stewart already showed what he could do by averaging 19.5 points and 11 rebounds during an exhibition tour of Italy.

By Aaron Beard 26 minutes ago
By Richard J. Marcus 5 hrs ago
By Tommy Conmy 6 hrs ago
By Eric Olson 14 hrs ago
18 hrs ago