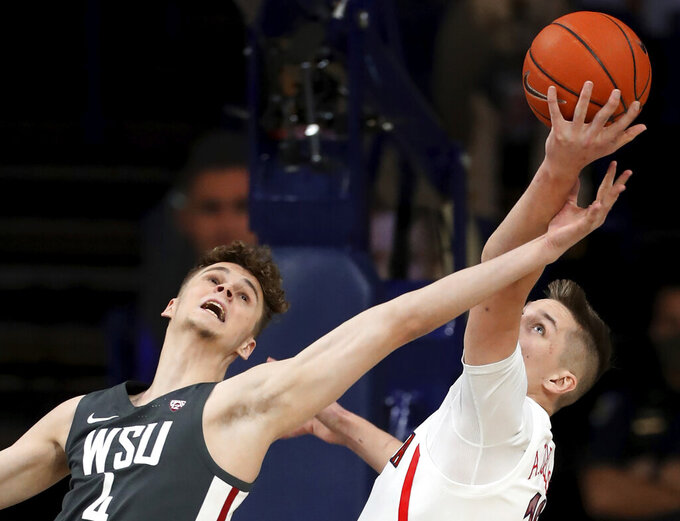 Washington State forward Aljaz Kunc (4) just misses coming down with a rebound, next to Arizona forward Azuolas Tubelis (10) during the first half of an NCAA college basketball game Thursday, Feb. 25, 2021, in Tucson, Ariz. (Kelly Presnell/Arizona Daily Star via AP)

The Wildcats had a solid offensive performance in a game where the Cougars slowed the pace. They shot 50% and had a 40-32 rebounding advantage but the real difference was on the defensive end where Arizona shut down Washington State's top scorer and hottest scorer.

Noah Williams, who had a school record 72 points in two games last weekend, was held to eight points on 2-of-15 shooting, 1 of 8 from 3-point range. Isaac Bonton, who averages 18.4, was held to three in 19 minutes in his first game back after missing three games with an ankle injury.

Washington State wraps up the regular season by playing at Arizona State Saturday and Monday. Arizona is home against Washington on Saturday.