Arkansas bounces back with 81-55 win over Elon 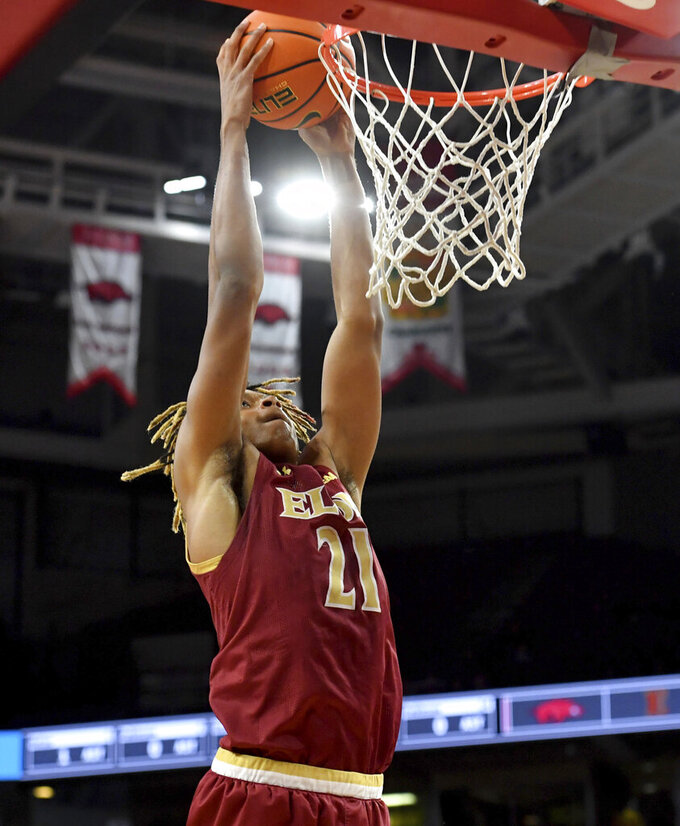 Lykes made only four field goals but was 12 for 12 from the free-throw line and the Razorbacks cashed in on 29 of 35 from the line. JD Notae and Kamani Johnson added 15 points each and Jaxson Robinson scored 14 for the Razorbacks (10-2).

The Razorbacks led 38-26 at halftime and gradually extended their lead through the first 13 minutes of the second half. Jaylin Williaims' three-point play extended the lead to 30 with 7:08 to go. Elon's Kris Wooten, Torrence Watson and Burford made 3-pointers as the Phoenix scored the next 13 points, but it was of little consequence.

The Razorbacks, ranked No. 12 in the AP poll two weeks ago, dropped out this week after losing to Hofstra 89-81 last Saturday. The loss came on the heels of an 88-66 setback against Oklahoma on Dec. 11.

The win was Arkansas’ 16th in a row at Bud Walton Arena.