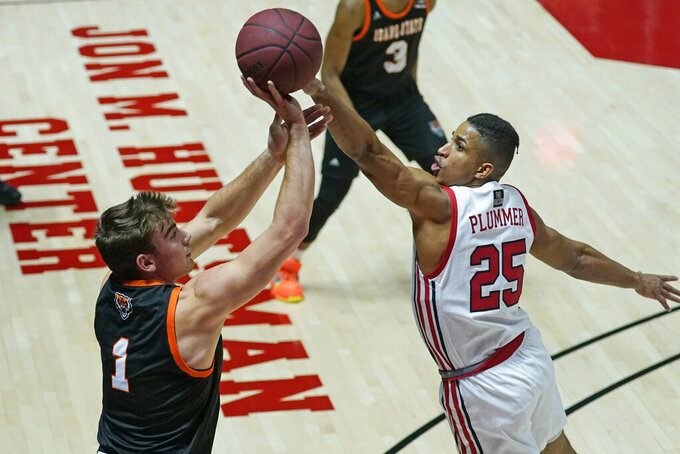 Branden Carlson and Alfonso Plummer each added 13 points for Utah (2-0). Rylan Jones had 12 points and five assists, Timmy Allen scored 11 and Mikael Jantunen, who made his fifth-career start, added 10 points. Allen is 77 points shy of becoming the 21st player in program history to reach 1,000 career points as a junior.

Carlson scored the first four points of the game and Plummer put Utah ahead by double figures after 11 minutes. The Utes led 41-20 at the break after shooting 50.9% from the field, including 9 of 18 behind the arc.

Utah, which opened its season with a 76-62 victory over Washington last week, is scheduled to play at in-state rival BYU on Saturday. The Bengals open their home schedule next week against Eastern Oregon.