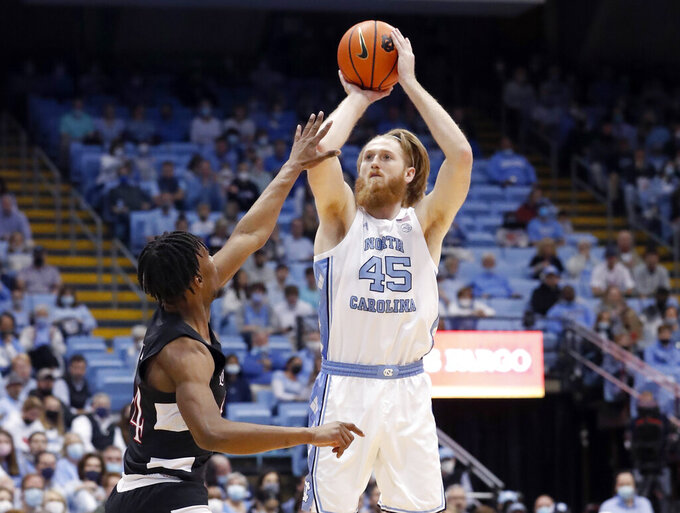 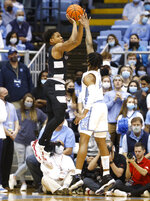 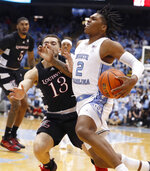 North Carolina finished on a 6-0 run, holding Louisville scoreless for the final 2 minutes, 50 seconds. The Cardinals made just one of their final nine shots.

Manek made a baseline jumper to extend North Carolina’s lead to 64-60 and after Malik Williams answered at the other end with a 3-pointer, Bacot scored his first points of the second half on a dunk off a nice assist from Manek with 1:33 left. Louisville missed its final four 3-pointers, and North Carolina sealed it with Caleb Love’s layup at 37.9.

Manek scored 11 points in the first half, Armando Bacot had 10 points and eight rebounds, and the game was tied at 36. Bacot finished 6 of 8 from the field, and is two double-doubles away from tying Brice Johnson's program record for a single season.

Jae’Lyn Withers, Dre Davis and Williams, in his second straight start, each scored 10 points for Louisville (12-15, 6-11). The Cardinals have lost eight of their last nine games.