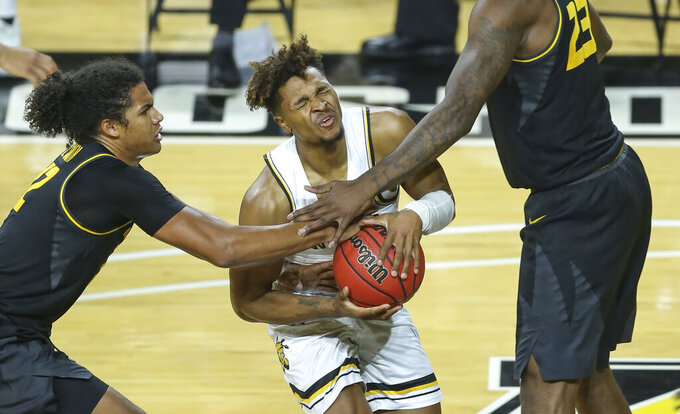 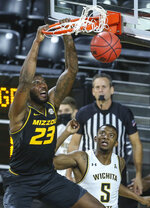 Missouri played with the lead or was tied for all but 45 seconds in its first two games. That included No. 21 Oregon. Against Wichita State, the Tigers trailed 2-0 but tied it on a basket by Brown, and a Jeremiah Tilmon dunk gave Missouri the lead, 4-2, for good.

Smith scored seven points during an 11-0 run to give Missouri a 49-33 lead early in the second half, and the Tigers led by double figures the rest of the way.

The win over the Ducks on Wednesday was the Tigers’ first victory over an AP Top 25 team away from home since beating No. 12 Illinois on December 22, 2012.

Mizzou is 4-0 all-time against Wichita State — with the series’ previous game coming in 1951.