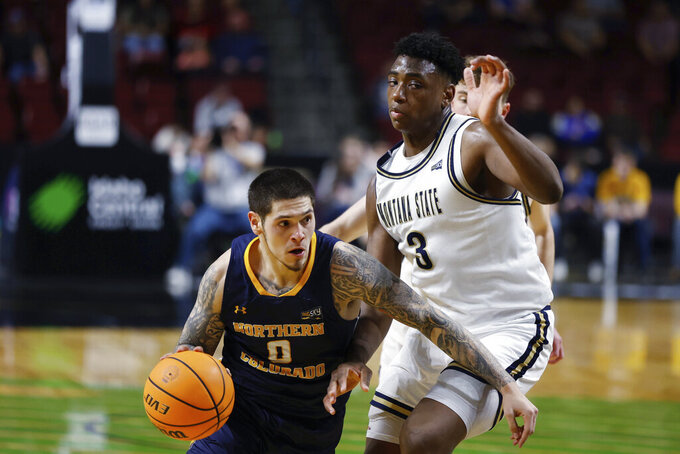 Bishop was 5 of 15 from the floor and made a pair of 3-pointers. Amin Adamu had 16 points and Nick Gazelas 15 for Montana State, which shot 52% from the floor. Tyler Patterson added 14 points and made four of the Bobcats' 10 3-pointers on 18 attempts. The Bobcats also blocked seven shots.

Montana State opened on a 22-12 run and led 40-28 at the break. Patterson and Gazelas each had eights points and a pair of 3-pointers. The Bobcats made 15 of their 30 field goals and 6 of 12 from long range in the first half.

Montana State, which also won the regular-season title, has won seven of its last eight games for the program's highest win total since collecting 36 in the 1928-29 season. The Bobcats have also appeared in consecutive conference tournament championship games for the first time.