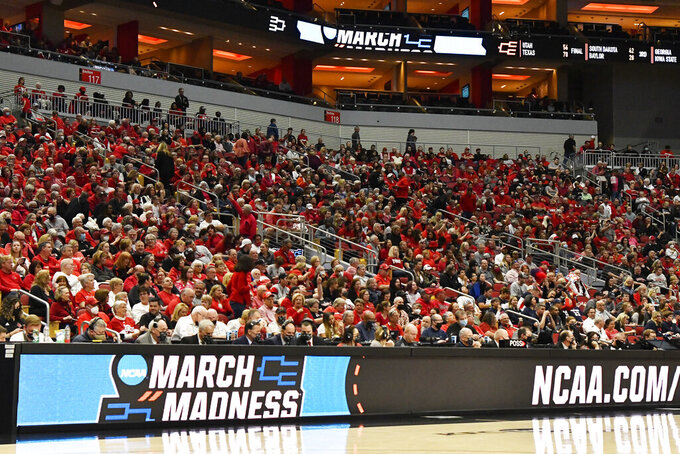 The men's tournament is up 12% over last year. The tournament is also off to its best start in five years, averaging 9.12 million viewers through the second round on TBS, CBS, TNT & truTV.

The NCAA's March Madness Live platform has delivered its second-best performance ever in live unique viewers and live hours streamed.

The women's tournament on ESPN, ESPN2, ABC, ESPNU and ESPNews is up 15% overall through the first two rounds. The second round averaged 474,000 viewers, a 25% jump from last year.

ESPN said nearly 26 million hours have been viewed on their platforms.

Both tournaments are back to their normal setups for the first time since 2019. They were played in a bubble last year after being canceled in 2020 due to the COVID-19 pandemic.