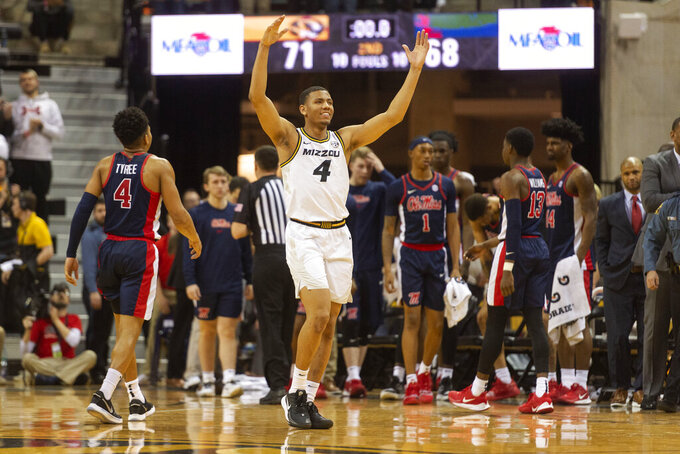 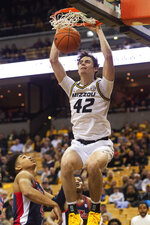 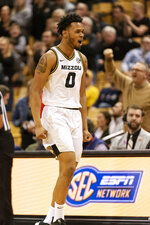 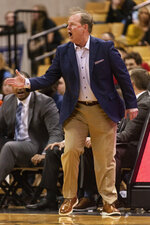 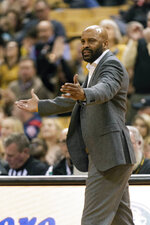 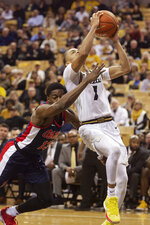 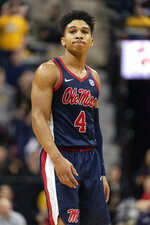 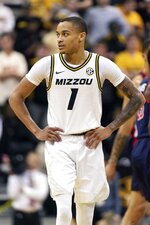 For the second game in a row, Missouri’s Xavier Pinson and Dru Smith carried the team’s offense.

Pinson scored a career-high 32 points on 9-of-13 shooting and missed just one free throw in 11 attempts as Missouri beat Ole Miss 71-68 on Tuesday night.

In Missouri’s win last Saturday over No. 11 Auburn, Pinson and Smith combined for 56 of the team’s 85 points.

"He’s a good player,” Ole Miss coach Kermit Davis said of Pinson. “He’s fast with the ball. He plays with a lot of confidence. You’ve got to play him as a shooter, but he drives it.”

Ole Miss (13-13, 4-9) led briefly midway through the first half, but Smith countered with a burst of offense, almost single-handedly putting Missouri ahead 31-27 at halftime. Smith started the game 0 for 6 but finished the half with a team-leading 10 points.

Pinson started the second half with 11 points in the first six minutes. He's made 19 of his last 25 field goal attempts.

Both teams led for portions of the second half leading up to a tie at 63 with less than two minutes remaining. Pinson and Smith hit eight key free throws, and the Tigers’ defense held the Rebels to just five points.

“He’s a tough guy to guard,” Missouri coach Cuonzo Martin said of Tyree. “Again, you don’t want the guy scoring 30 points, but he’s going to get enough shots, he’s efficient when he’s operating, and they have other good players. … They have other guys who can make plays.”

“I was really impressed with how we defended Shuler,” Martin said. “You don’t want (Tyree) getting 30 and Shuler getting 18. That’s a different ball game.”

“He’s an intelligent player,” Martin said. “I think with added strength, he’ll go to another level. But him blocking shots and doing those things — I mean, that’s not a surprise at all.”

Ole Miss got the shot it wanted on its last possession. Tyree's defender, Smith, lost his balance and fell backward. That left Tyree wide open for a potential game-tying 3-pointer, but his shot bounced off the rim.

“I was a little confused,” Smith said. “I was like, ‘What just happened?’ I knew he was wide open, and knowing the player he is, I figured it was going in.”

Ole Miss: While the Rebels were still in the game at halftime, Tyree’s offensive production couldn’t match that of Pinson and Smith’s. Tyree has been a bright spot in the Rebels’ offense; he has scored 48 over his last two games.

Missouri: The Tigers are 3-1 in their last four, including a victory over No. 11 Auburn on Feb. 15. Between Auburn and Ole Miss, Missouri guard Xavier Pinson shot 19 for 25 from field goal range.

Ole Miss: The Rebels will host Alabama on Saturday at home.

Missouri: The Tigers will head to Fayetteville to face Arkansas on Saturday.