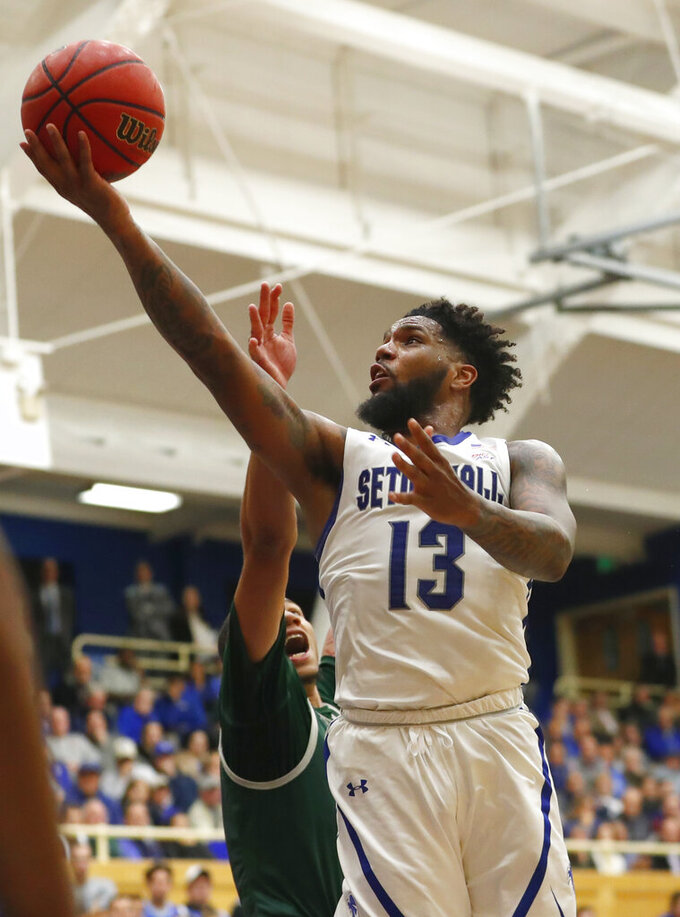 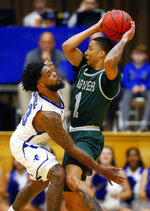 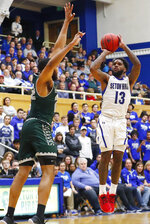 SOUTH ORANGE, N.J. (AP) — Seton Hall cruised to victory in the absence of coach Kevin Willard. Star guard Myles Powell is looking forward to getting his mentor back.

Powell scored 27 points to lead No. 12 Seton Hall to a 105-71 win over Wagner on Tuesday night, without Willard on the sidelines.

"You guys see how good we can be at the end of the year last year and we're just trying to keep that train rolling so it starts with me and coach Willard as the head guys of coach being head coach and me being a leader," Powell said. "So like I said, we're going to come back watch film and see how we can get better. Seventy-one points, I mean, that's a lot of points and I know coach, the first thing coach is going to notice."

Seton Hall announced a week ago that the NCAA is investigating the program and Willard would be sitting out two games in what has to be considered a suspension. The school didn't say what the NCAA enforcement staff was investigating, but said it was working with the ruling body for college sports.

The Asbury Park Press reported the investigation involved transfer tampering, and the New York Post said it involved the transfer of Taurean Thompson from Syracuse in the fall of 2017.

After sitting out a year, Thompson played in 27 games last season.

Wagner kept the game competitive for much of the first half. Then, Sandro Mamukelashvili, who finished with 11 points, scored on a feed from Anthony Nelson, and Shavor Reynolds followed a steal with a dunk to give Seton Hall a 46-35 lead with 1:41 remaining.

Seton Hall extended its lead to 52-37 and pushed its advantage to as many as 37 points with less than a minute remaining.

"Coach Willard is the one who got it all started — I mean, he's the head honcho," Powell said. "Once you get your guy back — I mean, we will definitely be a different team on Saturday."

Wagner: The Seawolves have been built into a solid program under seventh-year coach Bashir Mason. The two-time NEC Coach of the Year has won the NEC regular season title two of the last four seasons, resulting in NIT bids. Wagner lost in the NEC title game in 2016 and 2018.

Seton Hall: The Pirates are looking to reach the postseason for the fifth straight year behind the Big East Preseason Player of the Year in Powell. With 88 percent of their scoring returning from last season, the Pirates are ranked the highest in the AP poll since being No. 11 on Jan. 2, 2001, making this one of the most anticipated seasons in program history.

Big man Ike Obiagu had three blocks in his Seton Hall debut. The 7-foot-2 sophomore sat out last year after transferring from Florida State, where he averaged 2.1 blocks per game. He also had 11 points on 4-for-4 shooting and four rebounds.

Wagner: At Penn State on Saturday.