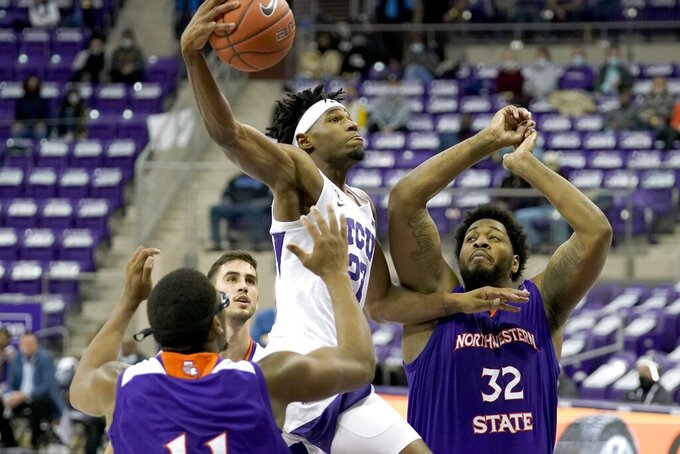 Northwestern State forward Jamaure Gregg, left, and center Larry Owens (32) defend as TCU guard RJ Nembhard (22) leaps to the basket for a shot during the second half of an NCAA college basketball game in Fort Worth, Texas, Thursday, Dec. 3, 2020. (AP Photo/Tony Gutierrez) 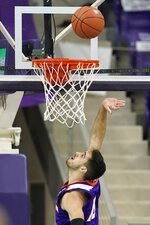 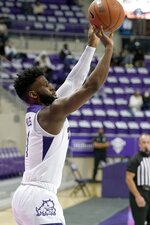 FORT WORTH, Texas (AP) — RJ Nembhard had 23 points, Kevin Samuel added 12 points and 15 rebounds, and TCU held off Northwestern State for a 74-68 win on Thursday night.

Trenton Massner scored 21 points on 8-of-14 shooting for the Demons (0-4), and Kendal Coleman added 15 points.

Northwestern State trailed by 12 points in the first half, closed the deficit to six by halftime and opened the second half with a 9-2 run to briefly take the lead at 43-42. Nembhard's jumper ended the run and TCU never trailed again, but the Demons were back within 55-53 near the midpoint of the second half.

TCU hosts Oklahoma on Sunday to begin the Big 12 season for both teams.