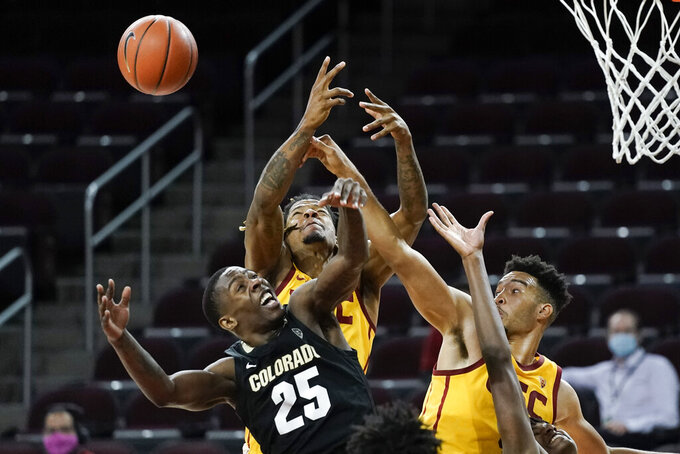 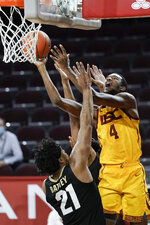 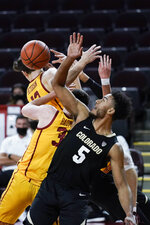 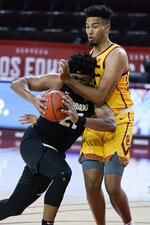 Maddox Daniels hit a 3-pointer and, after USC's Isaiah Mobley made a layup to tie it at 12-all, Schwartz hit another 3 to give Colorado the lead for good about six minutes into the game. The Buffaloes scored 12 of the final 14 first-half points, capped by back-to-back 3s by Wright and Horne to make it 44-33 at the break.

Noah Baumann and Eaddy each made a 3 before Chevez Goodwin hit two free throws in an 8-0 run over a 25-second span that pulled USC to 57-55 with nine minutes to play but the Trojans made just one of their next 11 field-goal attempts as Colorado used an 11-3 spurt to push its lead back into double figures when Battey converted a three-point play with 98 second remaining.

USC went into the game having held its opponents to 35.5% shooting this season, sixth-best in the country, and hadn't allowed a team to shoot better than 37.7% since California Baptist shot 45.1% in the opener.