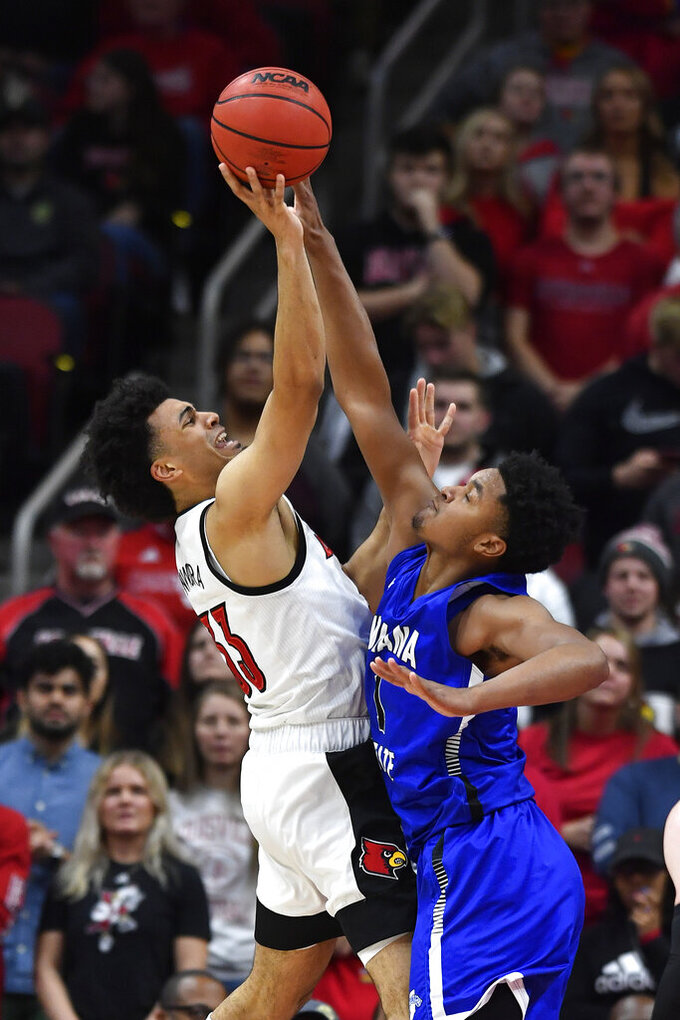 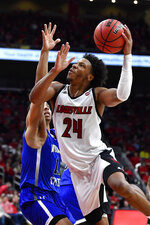 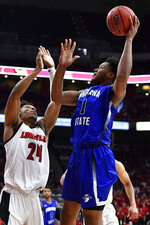 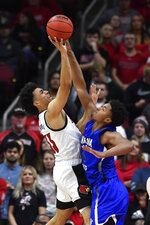 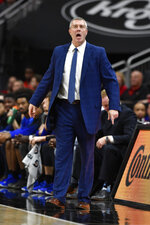 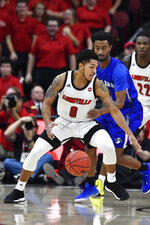 The Cardinals started off hot from the field and cooled only slightly. When the Sycamores mounted their lone rally in the second half, Mack kept his head during a timeout. Louisville answered with a flourish on both ends to finish Wednesday night’s win.

“(Mack) just wants to make sure we share the ball, get the ball to the paint,” said Sutton, who posted his first double-double this season and sixth of his career. “When we shoot 3s, we like to have the ball touch the paint first, so you get wide-open looks. For the most part, we did that.”

Tyreke Key led the Sycamores (0-2) with 20 points including four 3-pointers, two of which came during a 14-2 early second-half run that got them within 51-40. They got no closer as Louisville quickly answered to stretch the lead above 20 as it shot 58% in the final 20 minutes.

“Really pleased with our response from Sunday,” said Mack, referring to Louisville’s 78-55 win over Youngstown State. “I thought we played a pretty complete game. I felt that Indiana State's guards, namely Key and (Jordan) Barnes, really attack the lane. We did a pretty good job on those guys for most of the game.

“We just wanted to keep the ball out of the lane. I thought our big guys did a great job hedging ball screens and keeping that lane as clean as we have all year. Really pleased with our rebounding difference, to double them on the glass.”

Indiana State had two scoring droughts of at least three minutes and shot 34% in its only game this season against a Power Five opponent. The Sycamores haven’t beaten a ranked opponent since topping Butler 72-71 in December 2016.

Louisville made sure Indiana State wouldn’t have a chance at the upset.

“I don't think we were nearly resilient enough, and they got right in the flow real quick,” Indiana State coach Greg Lansing said. “They were ready to go. I thought we'd fight them a little harder there at the start. We let them get comfortable right away.”

Indiana State: After making two of their first three baskets, the Sycamores were no match physically against Louisville’s taller lineup. Perimeter shooting was a bright spot as they extended their streak to 345 games with at least one 3-pointer.

“Offense is there,” Key said. “But they outrebounded us and got second-chance shots. Once you do that it's hard to get back into the game.”

Louisville: The Cardinals seemingly couldn’t miss at the start and stayed hot throughout. They never let up even after the outcome was settled.

The Cardinals took a step toward remaining in the top five with another game to play this week.

Louisville hosts North Carolina Central on Sunday in the third of a five-game homestand.