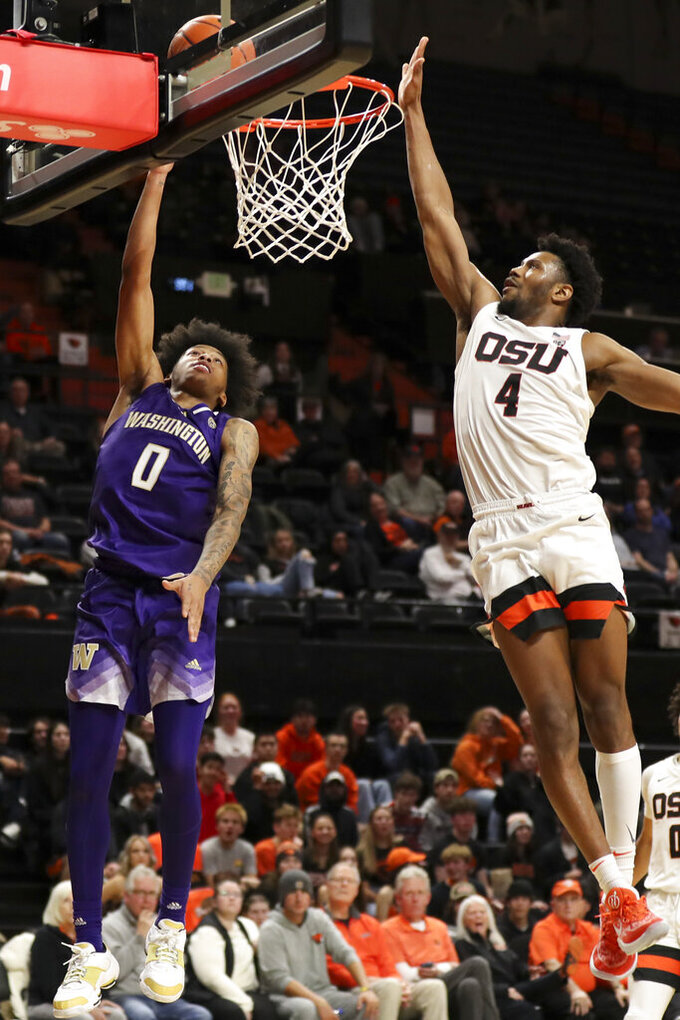 Akanno converted a three-point play with 8.2 seconds remaining. Keion Brooks missed a 3 for Washington to end it.

Ryuny, a 6-foot-9 transfer from San Francisco, was 5 of 10 from the floor, grabbed nine rebounds and had five assists and five steals. He also made three 3s while the rest of the Beavers shot 1 of 9 from long range. Akanno finished with 13 points and Taylor had 10.

Brooks scored 21 points to lead Washington. He made 8 of 11 free throws and grabbed seven rebounds.

Oregon State took an early lead and pulled away with a 19-0 run in the first half. Ryuny made consecutive 3s and Akanno had a dunk during the surge. The Beavers led 38-26 at the break.