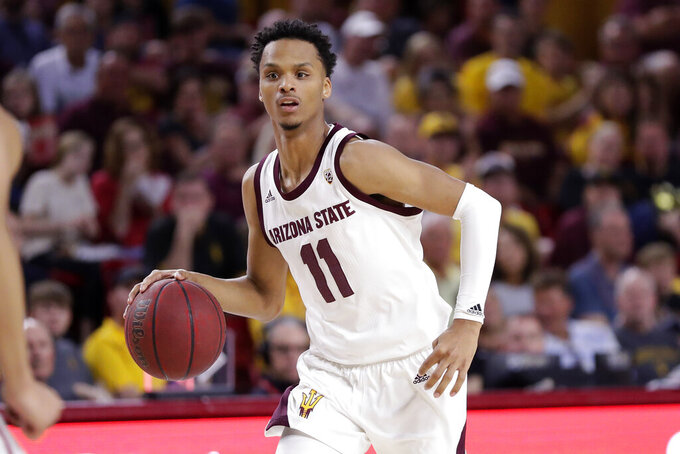 The junior guard joined Remy Martin and Romello White among the 205 underclassmen so far on the league's official list. Players have until June 3 to remove their names from the June 25 draft.

A 6-foot-3 guard from Chicago, Verge transferred to Arizona State from Moberly Area Community College in Missouri prior to the 2019-20 season.

Verge played 28 games and made nine starts for the Sun Devils, averaging 14.6 points, 3.5 rebounds and 2.3 assists. He had a breakout performance in a blowout loss to Saint Mary's on Dec. 18, scoring 43 points on 18-of-29 shooting.