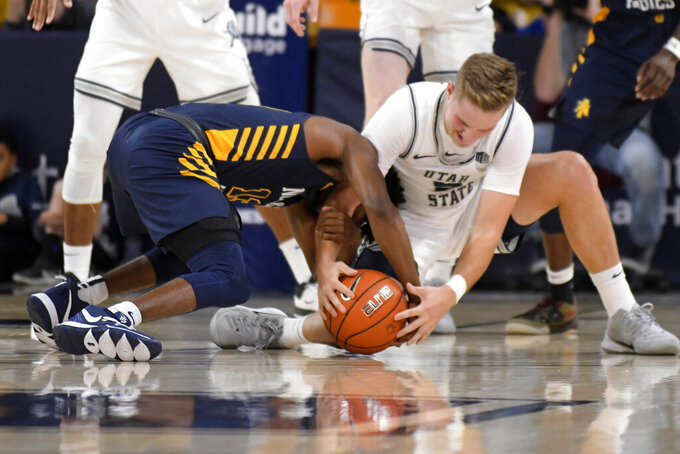 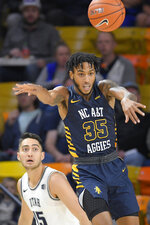 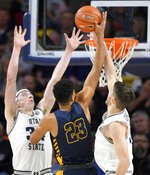 “I thought we did some really good things,” Utah State coach Craig Smith said. “I thought we did a great job on the glass, outrebounding them 44-28, held them to 35% on the game, and 22 assists on 29 made baskets.”

“I thought we went toe-to-toe with a very, very, very good program for maybe 30-31 minutes and then talent started to take over,” North Carolina A&T coach Jay Joyner said.

After trailing by as much as 15 points, North Carolina A&T cut it to six points on Fred Cleveland’s 3-pointer with 14:03 left. Utah State regrouped and went on a 9-0 run over the next two minutes to make it 51-36. Utah State took advantage of three North Carolina A&T turnovers, with Bean scoring five of the Aggies’ nine points.

“In the second half, when we had that lineup of small ball creating mismatches and scoring at will, I think that really helped us to extend our lead,” Bean said.

For the third straight game, Utah State raced to a big lead, getting out to a 12-2 advantage. North Carolina A&T rallied through the first half to climb within eight points on Tyler Maye’s jumper.

Utah State has had a different leading scorer in every game this season. Merrill scored 28 points in the Aggies’ season-opening win over Montana State, Bean had 18 in a blowout victory over Weber State, and Brock Miller had 27 in the win over Denver.