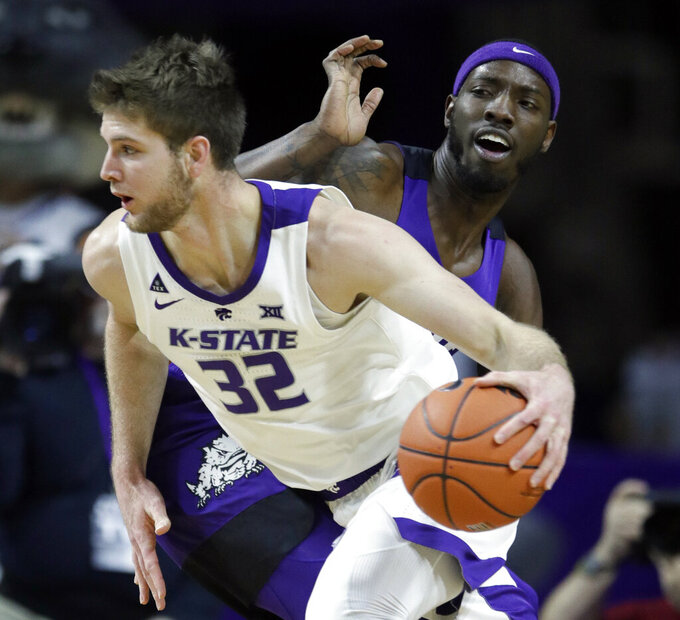 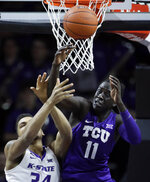 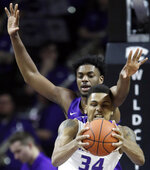 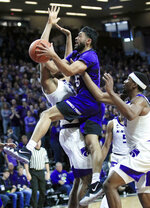 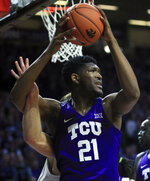 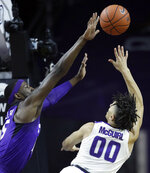 MANHATTAN, Kan. (AP) — Bruce Weber was very confident about his team before the season started, but after a few injuries the season looked shaky.

After a 65-55 win for Kansas State over TCU on Saturday and everyone healthy again, the Wildcats look to be rolling at the right time once again.

"Right now we are hitting our stride and we are playing for each other," Wade said. "We are playing at an all-time high and have lots of confidence."

The win marked the Wildcats fourth straight after starting 0-2 in Big 12 play as TCU has now lost three of four.

K-State (14-4, 4-2) led from wire-to-wire for the second straight game as Barry Brown provided 10 points and Kamau Stokes ended with eight in the winning effort.

"It was a good team effort and we did a lot of good things," Weber said. "We knew they were going to go zone, but I thought we had some good looks and the second half we got the ball where we needed to."

The Horned Frogs (13-4, 2-3) couldn't generate much offense with their second leading scorer, Kouat Noi, out with the flu. They were led in scoring by Alex Robinson who had 17 points, Desmond Bane who finished with 16 and JD Miller had 11.

"That hurt not having Kouat in there, but we can't make excuses," Jamie Dixon said. "They are experienced and stuck to their game plan tonight."

"Obviously we didn't have the right game plan in place," Dixon said. "That's what they do and they played well. I take the blame on this one for not having our guys ready, but we must take care of the ball to win."

Sneed took over the first two minutes of the second half with two alley-oop dunks as K-State led 43-32, their biggest lead of the game up to that point.

"I was just picking and choosing my spot," Sneed said. "I was just taking what the defense was giving me."

The Horned Frogs got back within four at 47-43, but that was as close as TCU would get. The Wildcats led the entire first half led by Sneed who had eight points with four rebounds.

"We knew they were a good defensive team, but we have to play better," Bane said.

K-State closed the half on a 9-3 run sparked by Wade's 3-point play to give them a 37-30 lead at intermission.

Kansas State: The win marks the fourth straight for the Wildcats and that's mainly because Wade and Stokes are back. If they beat Texas Tech on Tuesday, they will be in a tie for first in the Big 12.

TCU is back at home when they host Texas on Wednesday night.