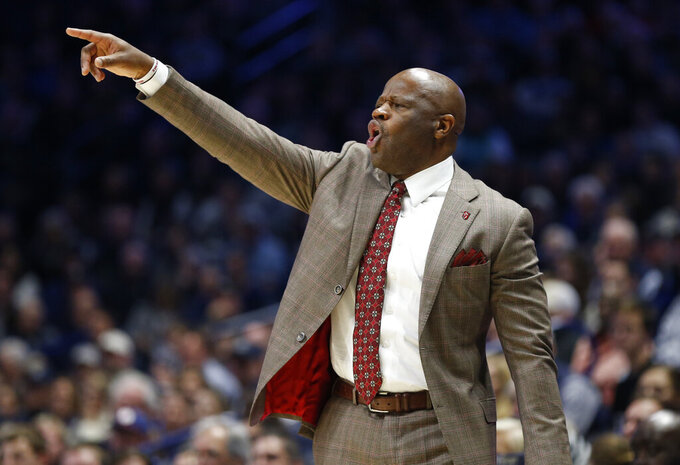 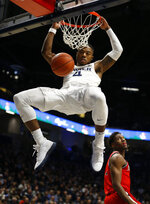 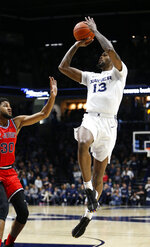 CINCINNATI (AP) — Freshman KyKy Tandy missed the first month of the season with a foot injury and lost a little confidence along the way. In Xavier's first Big East home game, he showed flashes of what the Musketeers expected.

Tandy made four 3-pointers in the second half as Xavier pulled away to a 75-67 victory over St. John's on Sunday, giving the Musketeers the long-range shooting that they've missed all season.

“You're always going to have an unsung hero, and today it was KyKy,” St. John's coach Mike Anderson said. “He hit some big shots for them, made some big momentum plays.”

Tandy's injury slowed his progress and left him hesitant on the floor. Coach Travis Steele encouraged him to shoot whenever he got open.

“The coaches have been telling me to be comfortable and shoot the ball,” Tandy said.

Tandy went 4 of 6 from beyond the arc. The rest of the Musketeers were a combined 5 of 21.

“He adds a different dimension to our team,” Steele said. “He can shoot it from 30 feet. As he gets more comfortable, you'll see his role expand.”

Naji Marshall led Xavier with 20 points. Tyrique Jones had his eighth double-double of the season with 12 points and 12 rebounds.

St. John's (11-4, 0-2) struggled to make shots despite getting its leading scorer back. Senior guard Mustapha Heron missed the last three games with a sprained right ankle. Heron had 11 points in 22 minutes, going 5 of 11 from the field.

The Red Storm shot only 35% from the field and went 1 of 16 from beyond the arc. LJ Figueroa led with 17 points.

“When you don't make shots, boy, it's kind of disappointing,” Anderson said. “I know we're much better at shooting the basketball.”

St. John's got the better of it early with its pressure defense, which forced four turnovers during an 11-0 run.

Marshall hit a pair of 3s that got Xavier going, and Jones had a pair of baskets that put the Musketeers ahead 19-18. There were six lead changes in the first half, which ended with the Musketeers leading 34-32 despite 13 turnovers.

Both teams struggled with poor shooting in the first half. The Red Storm missed all nine shots from beyond the arc, while Xavier went only 4 of 11 on free throws.

Tandy broke it open with three consecutive 3s as Xavier pulled ahead 59-49 midway through the second half and was in control the rest of the way.

St. John's: The Red Storm went 1-2 during a stretch of three straight games against ranked teams. They beat No. 16 Arizona 70-67 at San Francisco on Dec. 21 and lost at home to No. 11 Butler 60-58 on Tuesday, overcoming a 23-point deficit in the second half to take a late lead before letting it slip away.

Xavier: The Musketeers needed a win in the first of three straight Big East home games, which presents an opportunity to get an early advantage in the league. Xavier has won 13 in a row at the Cintas Center since last season.

Xavier has won 10 straight over the Red Storm and leads the series 12-3.

Xavier finished 22 of 34 on free throws, drawing fouls while protecting the double-digit lead. The Musketeers' last field goal came with 6:03 left. They went 11 of 15 the rest of the way on free throws.

The Red Storm has failed to hit a 3-pointer in the first half of the last two games and has gone 5 of 38 overall from beyond the arc in the two games.

St. John's came in ranked 10th nationally in rebounds per game (41.7) and fifth in offensive rebounds (14). Xavier finished with a 47-38 edge in rebounds.