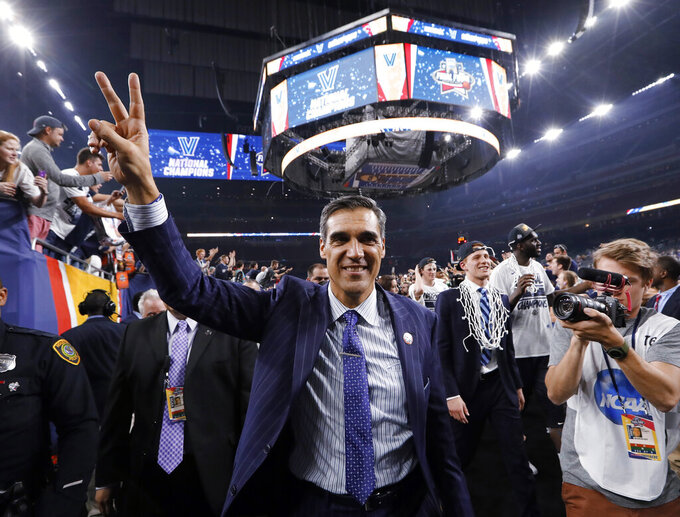 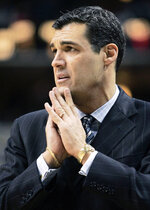 “It's time for us to enter a new era of Villanova basketball,” Wright said in a statement. “After 35 years in coaching, I am proud and excited to hand over the reins to Villanova's next coach. I am excited to remain a part of Villanova and look forward to working with (Villanova) and the rest of the leadership team.”

Kyle Neptune, who served on the Villanova coaching staff before accepting the head coaching position at Fordham in 2021, returned to replace Wright.

“When looking for a successor, we wanted a candidate who could navigate the changing landscape of collegiate athletics and keep Villanova in a position of strength — now and in the future,” Villanova athletic director Mark Jackson said. “After meeting with several exceptional candidates, we found all those attributes and more in Kyle Neptune. Kyle quickly stood out for his basketball knowledge, recruiting savvy and natural ability to connect with student-athletes and coaches.”

Wright’s decision was unexpected and there was no immediate word the move was health related or that he was leaving for the NBA. He was inducted into the Naismith Basketball Hall of Fame in 2021.

Wright will remain at Villanova and stay involved in fundraising, advising, education and more.

He joined North Carolina’s Roy Williams and Duke’s Mike Krzyzewski as the third coach with multiple championship to step down over the last two years.

Before he arrived, Villanova was known for upsetting Georgetown in the 1985 national championship game and the occasional trip to the NCAA Tournament.

Wright needed three years to build a foundation before Villanova broke through with a trip to the 2005 Sweet 16. An Elite Eight appearance followed the next year and the Wildcats reached the Final Four in 2009.

Villanova won its first national title under Wright in 2016 on Kris Jenkins’ buzzer-beater and decimated the NCAA Tournament field in 2018, winning every game by double digits on its way to the national title.

He was selected AP coach of the decade in 2020.

The 37-year-old Neptune was on Wright’s staff for the 2009 Final Four team, then later spent three seasons as an assistant at Niagara before he returned to the Wildcats in 2013. He went 16-16 in his lone season at Fordham.

“I think he’s more ready to be a head coach than most young guys X’s and O’s-wise and I think he’s got great character, great leadership skills, I think he’s going to be an outstanding head coach,” Wright said when Neptune was hired at Fordham.

— The Wildcats have won a regular-season or postseason conference championship in each of the nine seasons since the Big East reconfigured in 2013.

— The Wildcats earned a No. 1 or No. 2 seed in the NCAA Tournament for the eighth time under Wright.

Wright was hired as head coach at Hofstra and went 207-122 with two NCAA Tournament appearances in seven seasons. Hired in 2001 to replace Steve Lappas, the Wildcats went to the NIT in Wright’s first three seasons.

“Simply a remarkable career,” said former Villanova AD Vince Nicastro, who hired Wright. “Will be regarded as one of the best coaches in college basketball history - and even better person. Has won with integrity, class and grace. And has served as a great role model for his players and colleagues.”

The Wildcats finished 30-8 this season and Wright's final game was an 81-65 loss to Kansas in the Final Four.

Wright, a Churchville, Pennsylvania native, played college basketball at Bucknell and started as an assistant at Rochester and Drexel. He spent five seasons at Villanova as Rollie Massimino’s assistant, then followed him to UNLV for another two years before taking the head coaching job at Hofstra in 1994.

He rejected numerous NBA and other college overtures through the years and remained steadfast in his dedication to the Wildcats. Wright had stints coaching teams in the Pan American Games and World University Games; and served as an assistant coach under San Antonio Spurs coach Gregg Popovich for Team USA.

Wright was scheduled to discuss his decision at a press conference on Friday.