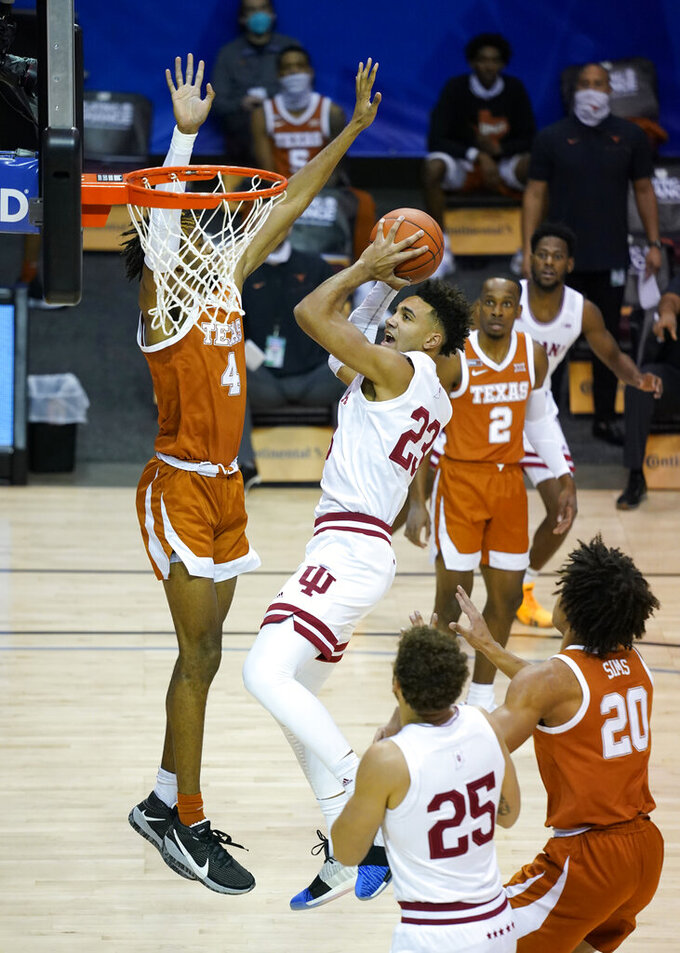 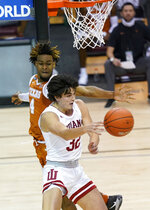 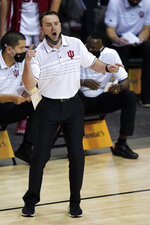 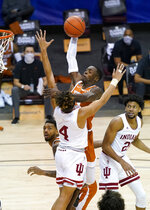 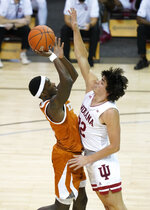 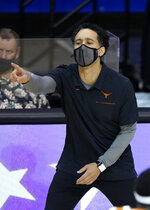 ASHEVILLE, N.C. (AP) — Shaka Smart saw the aggressive and relentless edge he wanted from his defense. And that has No. 17 Texas in the championship game of the relocated Maui Invitational.

Matt Coleman III scored 16 points while the Longhorns held Indiana to its lowest point total in more than a decade, beating the Hoosiers 66-44 in Tuesday's semifinals.

Courtney Ramey added 13 points for the Longhorns (3-0), who are in the tournament for the fifth time but will play in their first Maui final. And Smart pointed to an improvement in 1-on-1 defense from Monday's first-round win against Davidson.

“I told the guys yesterday after the game, I didn’t think we necessarily led with our defense,” Smart said.

Indiana shot just 24% and finished with more turnovers (14) than field goals (11). Its struggles included four stints of roughly five minutes or longer between baskets, including one of nearly eight minutes that ended just before halftime.

“Probably the biggest area where we need to improve on defense is fouling less,” Smart said, adding: “But the aggressiveness has to be there.”

It was Indiana's lowest output in a game since scoring 43 in a loss to Iowa in January 2010, with coach Archie Miller saying the Hoosiers' offense “got taken off its rails today.”

“I think that Texas a little bit stunned our guys in the first four to five minutes of the game: inability to reverse the ball, inability to connect on the screen, inability to do what we wanted to do,” Miller said. “They imposed early on how physical and how tough they were going to play and I thought that that played a role to knock us on our heels.”

Indiana (2-1) trailed 31-19 at the break and got no closer than 10 again. The deficit ballooned past 20 points by midway through the second half on a frustrating afternoon, with Miller getting whistled for a technical foul with 10:38 left.

Trayce Jackson-Davis scored 17 points to lead Indiana, which made 20 of 29 free throws in what amounted to its most reliable source of scoring, with little else falling.

Texas: The Longhorns advanced past Davidson in the first round on Ramey's go-ahead drive with 20 seconds left, followed by two missed 3-pointers by Davidson for the win. The Longhorns didn't have any such drama this time, scoring the first six points and never trailing while holding the Hoosiers to just five first-half field goals.

“I think we just owned and we learned from yesterday guarding Davidson," Coleman said, adding: “We just wanted to make it tough for all of them, and we just carried that over for 40 minutes and the rest took care of itself.”

Indiana: The Hoosiers overwhelmed Providence in the first round. But they sputtered from the start in this one, missing 13 of 15 shots, then managing just one field goal for the final 8 1/2 minutes before halftime to dig themselves into a hole they would not erase.

“I think that Texas really from the get-go punched us in the mouth,” Jackson-Davis said. "They were denying wing entries so we couldn't get reverses in our offense. ... I don't think we ever adjusted well.”

Texas got a lift from reserve Brock Cunningham as fouls added up. The 6-foot-5 redshirt sophomore hit two 3-pointers and matched his career high with 11 rebounds in 20 minutes.

Texas had five players in double figures in its opener and six on Monday against Davidson. But the Longhorns didn't have quite the same overall balance this time.

The Longhorns finished with a 48-29 rebounding advantage. ... Indiana's Race Thompson had his first career double-double against Providence (22 points, 13 rebounds) but managed just four points on 1-for-5 shooting against Texas. ... Hoosiers guard Aljami Durham suffered a second-half ankle injury. Miller said Durham was doubtful for Wednesday's third-place game. ... The tournament is being played in the North Carolina mountains instead of its traditional Hawaii setting due to the coronavirus pandemic.

Texas: The Longhorns advanced to Wednesday’s championship game to face No. 14 North Carolina.

Indiana: The Hoosiers will face Stanford in Wednesday's third-place game.