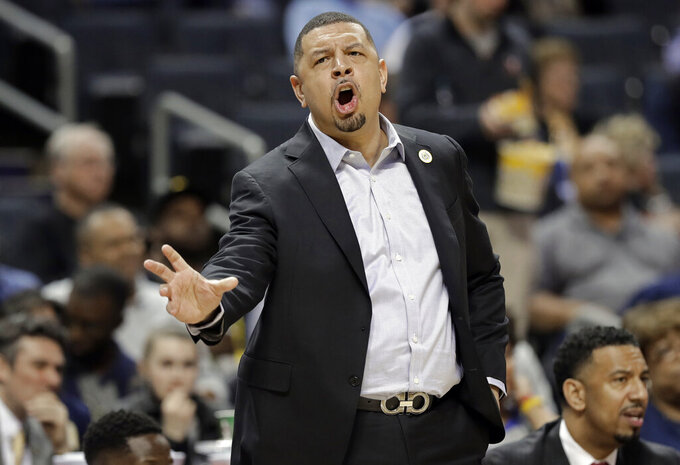 PITTSBURGH (AP) — Pittsburgh and Duquesne are giving the annual "City Game" a year off.

The programs announced Thursday the regular showdown between schools located just two miles apart will not happen next season, the first time since the 1960s they won't play. The series, which began in 1932, will resume in the 2020-21 season.

The Panthers pointed to the Atlantic Coast Conference's decision to expand to 20 conference games next fall and a visit to an early season tournament in Florida as factors in the decision. Pitt will also help Robert Morris christen its new arena in November when the Panthers make the short 22-mile trip west to face the Colonials.

Pitt leads the series with Duquesne 55-32 and has won 18 of the last 20 meetings, including a 74-53 victory at PPG Paints Arena last fall.