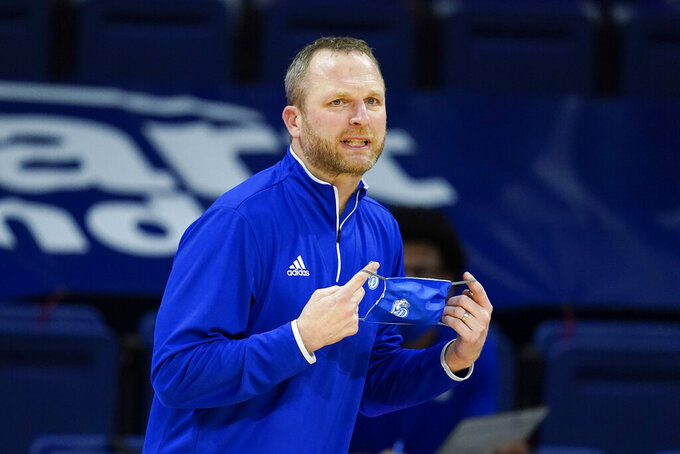 ST. LOUIS (AP) — Drake's Darian DeVries has been named Missouri Valley Conference men's basketball coach of the year for the second time in his three seasons at the school.

DeVries guided the Bulldogs to 24 wins to tie for the third most in program history along with his 2018-19 team. DeVries also was coach of the year that season.

Drake has posted three straight 20-win seasons for the first time in 50 years. The Bulldogs finished second in the Valley, tying the school record for league wins with 15 while navigating late-season injuries and playing a condensed schedule in which they played 14 games in 32 days.

Drake got out to an 18-0 start and was among three unbeaten teams in the nation before the first of its three losses.

The Bulldogs are the No. 2 seed in the Valley tournament and play Friday against Illinois State or Northern Iowa.